Kia made bold claims about the Stinger GT and didn't shy away from officially drag racing the car either. But while great, this sports four-door isn't perfect.
3 photos

While the automotive world has become obsessed with drag racing, this form of motorsport doesn't tell you the full story. Sure, the Dodge Demon is powerful, but is it that enjoyable to live with?

We digress. The subject at hand has nothing to do with supercharged American V6s, but with the rivalry between a Kia Stinger GT and the Audi S5. The Korean car is a match on power, but it's way cheaper. This could be interesting!

Fifth Gear used to be a popular Top Gear alternative in Britain, and they're back with a fresh season where Jason Plato tested the two cars on the Anglesea track. The aim is to set fast lap times and have fun.

The Audi has a 3-liter turbo with 367 HP while the Kia has a 3.3-liter with 370. It's also a bit heavier, but that also has to do with it being a four-door versus the S5 which is a standard coupe.

The S5 doesn't feel all that fun on the track. Audi tuned it for safety, so it understeers out of every corner, and you can't turn the electronics completely off, which is a shame. But the Kia is even worse.

It understeers even before reaching the corners. Plato also says the nannies are very rudimentary, like German cars used to be many years ago. They panic and put on the brakes.

By the end of the "race", the Stinger GT is a full two seconds behind the Audi. Does that matter? Yes and no. Sure, this video proves that Kia hasn't caught up with the Germans in every department. But you can save so much money with the Korean car which, we think, is more attractive as well. 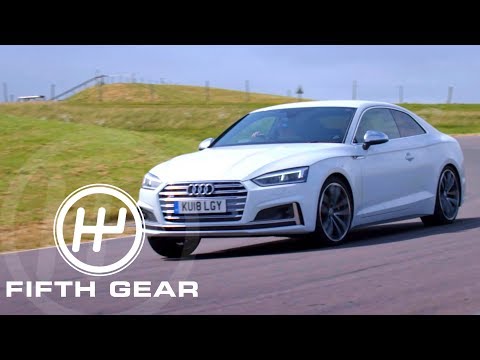