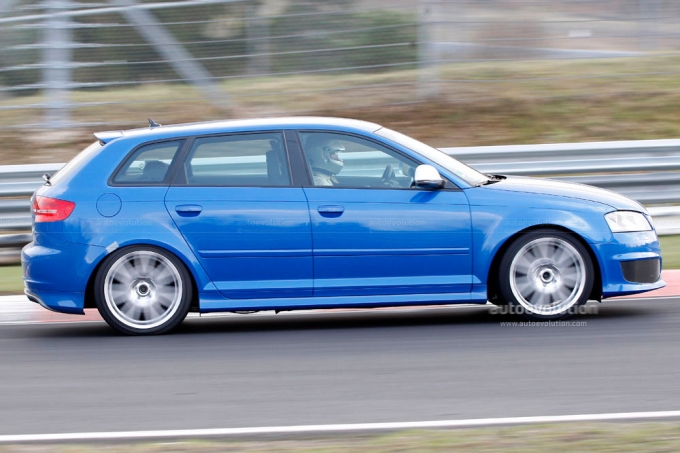 Audi RS3 is still an enigma for all us, in spite of the spyshots hinting that the German brand is indeed working on such a model. However, it appears that Audi is planning to publicly reveal the car at the upcoming Frankfurt Auto Show next month. The news was revealed by Auto Motor & Sport who citing a source close to the matter, who confirmed the German brand is getting ready to roll out the RS3 in the near future.

As mentioned, only a little is known at this point, because the RS3 is still an unconfirmed project. As we told you some time ago when we also published a set of spyshots showing the RS3, the car is similar in appearance with the S3.

At that time, it was rumored the car might be powered by the same powertrain available on the recently-launched TT-RS, namely a 2.5-liter five-cylinder turbocharged unit providing much more power than the basic configuration coming with the standard models. Supposing the weight of the RS3 will be close to the one of TT-RS, the upcoming model will be capable of accelerating from 0 to 100 km/h (62 mph) in 4.6 seconds and reach a maximum speed of 288 km/h (179 mph).

The aforementioned source notes that the engine could produce somewhere around 340 horsepower and 450 Nm of torque and it might also feature an all wheel drive system. This could make the vehicle even faster than the R8 powered by 4.2-liter FSI unit. However, in case the car will be indeed rolled out at the Frankfurt Auto Show, more details should surface soon.