1 Next Generation Audi A3 Range to Include Saloon Model

Aston Marting V12 Zagato Getting Ready to Rumble at the Nurburgring

Audi RS3 Sold Out for the Year 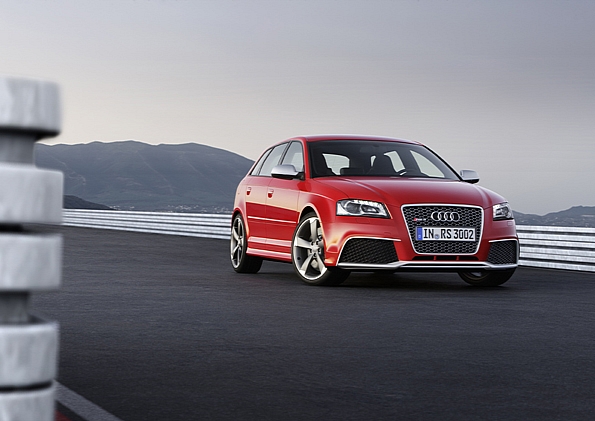 One of the most exciting models to come off the assembly lines of German manufacturer Audi in recent years, the RS interpretation of the Audi A3 is proving to be a smashing hit on the limited number of markets it will be sold in. In the UK, for instance, the number of cars Audi allocated for the local market has already been booked for the entire year. (The same, apparently, has happened in a number of RS3 markets).

"The RS3 has an important part to play in our line-up. It is a modern interpretation of the original Quattro,” Jeremy Hicks, head of Audi UK, was quoted as saying by just-auto.com. "The fact we have sold out of our allocation for this year is absolute testimony to strength of the brand given that customers have been prepared to order the car without even seeing it first."

The RS3, set to be produced in limited numbers, is powered by a 2.5l turbocharged engine, capable of developing 340 hp and 450 Nm of torque and controlled via a seven-speed S tronic transmission. The engine is linked to the quattro permanent all-wheel drive and can push the car to a top speed of 250 km/h (155.34 mph). Naught to sixty acceleration is rated at 4.6 seconds.

The model features some other technical enhancements as well, like the cPherson strut construction as a front suspension, coil springs, redesigned shock absorbers and internally ventilated brake disks.