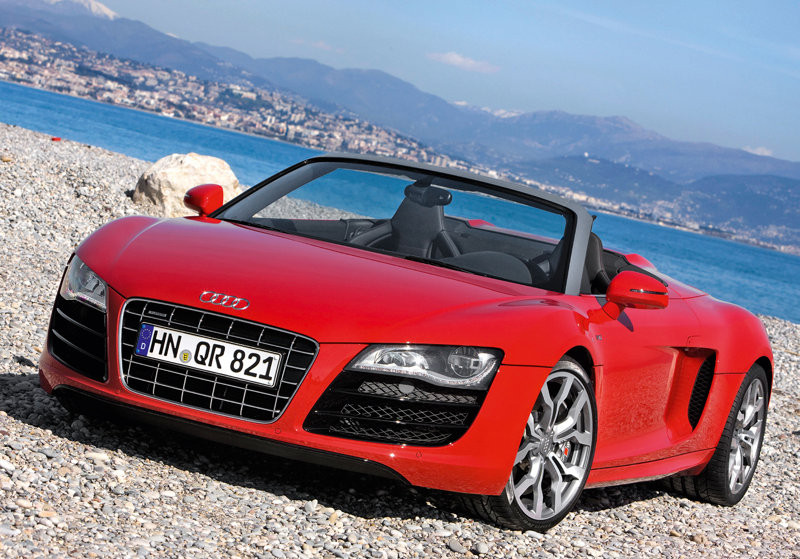 Earlier this week, Volkswagen faced the firing squad, as the NHTSA opened a probe into possible fuel leaks on the Jetta TDI models. Seven complaints had been received to date about a leak in the fuel line to the number two fuel injector, which operates under extremely high pressure.

Now, it’s time for another model from the Volkswagen Group to report issues, as the 2011-12 Audi R8 Spyder is being recalled for a fuel leak.

The recall affects a total of 920 examples of 2011-2012 R8 Spyder. The problem lies with the supply line to the engine that may rub against other components, potentially causing a leak. "Due to production tolerances, it is possible that the fuel supply line may contact and rub against the heat shield in the engine compartment," the NHTSA says.

If a leak does indeed occur, than fuel could spill onto hot components in the bay, like the engine or exhaust, resulting in a fire. You definitely don’t want your lovely drop-top to suffer the same fate as that V10-powered prototype that burned to a crisp while testing.

We don’t know of any fires that have happened until now, but the problem was first reported to Volkswagen of America on June 6th. An owner noticed at the time that he could smell fuel after refilling his car.

Volkswagen will notify all affected owners, after which an appointment to fix the problem will he fixed. The problematic fuel line will be replaced, and proper clearance will be provided to prevent future leaks. 2011-12 Audi R8 Spyder owners should begin to receive notices after August 22.