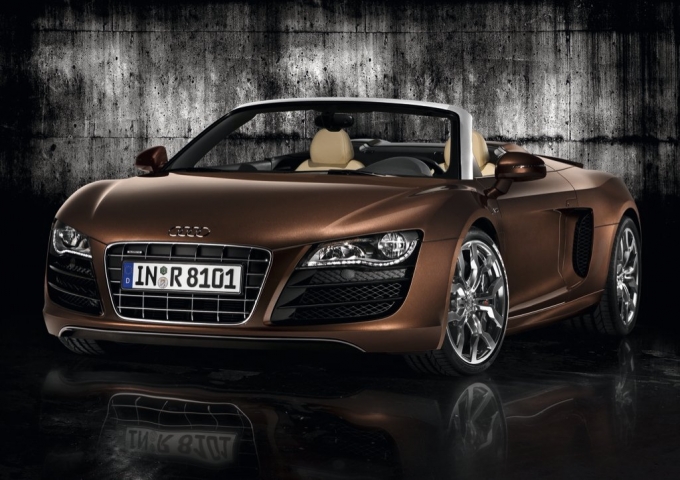 Audi presented the R8 Spyder at the Frankfurt Auto Show and, even if some people though that it would be priced at around 150,000, nobody knew for sure how much it is going to cost in certain countries around the world. Well, the Italian division of Audi today revealed the price list of the R8 Spyder, a model which is going to cost 157,500 euro for the six-speed manual gearbox and 164,950 euro for the R-tronic configuration.

Interiors are customized with all kind of luxurious materials, a full leather package being offered as well. Fine Nappa leather, in six different colors, a sound system from Bang & Olufsen, an automatic air conditioning system and heated seats are also available across the range. For consumers looking for some entertaining while driving, infotainment is insured thanks to the navigation system plus with MMI operating logic. Information is displayed on a new, high resolution 6.5-inch screen.

Deliveries in Germany are expected to begin in the first quarter of 2010.

In the United Kingdom, the pricing is set at 109,580 British pounds for the 6-speed manual transmission version and 114,670 for the one which comes with the R tronic gearbox.