Audi R8 Gets 600HP from ABT Sportsline 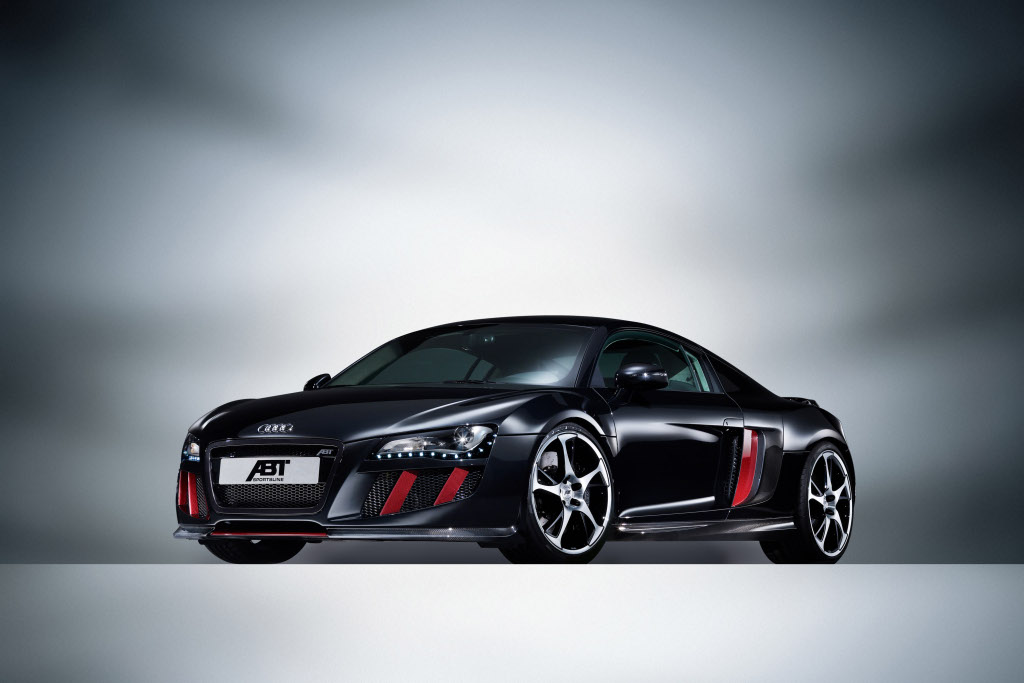 Audi’s R8 model has just received a new sport package from the German tuners at ABT Sportsline, with both visual and performance improvements. The V10 5204cc engine now develops 600 horsepower, boosting the car from a naught to sixty in 3.8 seconds.

This means that 75 horsepower were added to the R8. The accelerating power does not stop until the speedometer reaches 322 km/h, 6km/h more than its standard version. According to the official details released by the tuners, the exhaust is the ABT-typical 4-pipe system.

As for the visual enhancements, front air dam, side skirts, rear wing and rear apron complete the aggressive look of the car. Designed by the DTM crew of ABT, the car is not short on high-end carbon materials. “The 600 HP is not just intended to exist on paper, but also be available on the road”, says Christian Abt.