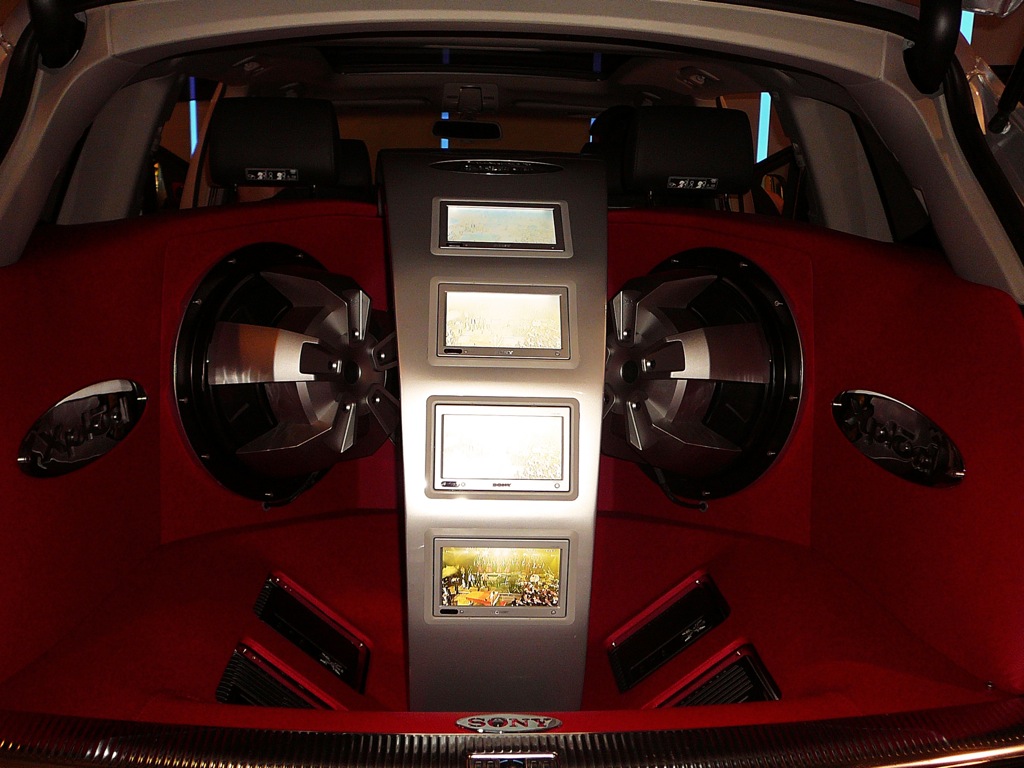 Don't jump out of your seat (just yet), we are not about to talk about a new Audi Q7 version. As you may have guessed, the four-ringed SUV does comes equipped with Sony's Xplod sound system, but what you will see here is only as a show car so, sorry...!

The car equipped with this system can be found in Bulgaria and has been set up by Sony's branch there, pending their attendance at the Sofia Auto Exhibition. To make it as easier to understand, the Q7 Xplod is equipped with six amplifiers, three 15-inch subwoofers, 10 stereo speakers, DVD player and six LCD monitors. This makes for some 1500W RMS of sound power.

Four midrange Sony Xplod XS-H170Sn stereo speakers are installed on the front doors, with the high-frequency ones mounted on the dashboard, pointed horizontally to the driver and the passengers. The last two speakers are located in the rear doors of the Q7.

"When it comes to creating a top end car audio systems, the word 'potential' has key meaning. The experts from SONY Bulgaria Team know that and they are pleasantly surprised us for a consecutive time at this year's Sofia Auto Exposition," Sony Bulgaria said in a release.