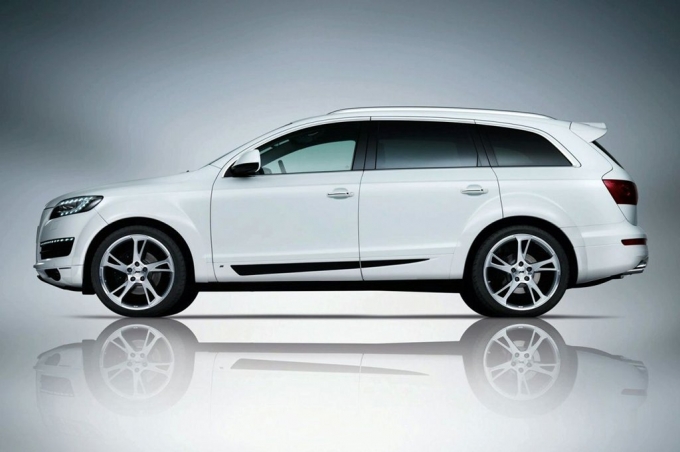 Revealed in January 2010, ABT Q7 3.0 TDI Clean Diesel is the first vehicle from the German tuners at ABT Sportsline and the first in their product range to meet the future Euro 6 emission standard, set to become effective in 2015.

In fact, according to ABT, the tests only have to be "officially" performed after September 1, 2014, to check whether a new vehicle model meets the strict emission limits for carbon monoxide (CO), nitrogen dioxide (NO2), hydrocarbons (HC), nitrogen oxides (NOx) and fine dust particles.

Particularly focused on lower nitrogen dioxide, hydrocarbon and nitrogen oxide emission limits, as from 2015 just 80mg/km of nitrogen oxide will be allowed to be emitted, compared to 180 mg/km as was previously the case.

“It is our task to meet the growing demands of ecologically sensible mobility so that the driving enjoyment still remains,” said Hans-Jürgen Abt, the General Manager of ABT Sportsline. “The three litre turbo diesel in our ABT Q7 already meets some of the stricter regulations compared to European Standard 5, and further vehicles and engines are currently being planned and will be certified by TUV Rheinland,” explains Hans-Jürgen Abt.

The latter is composed of a new DeNOX catalytic converter placed at the end of the exhaust system which reduces nitrogen oxides. Just upstream of it, a pump injects an additive named AdBlue into the hot exhaust flow, where this solution decomposes into ammonia, which splits the nitrogen oxides into nitrogen and water.