5 Americans to Get the Audi Q5 in March
Coverstory 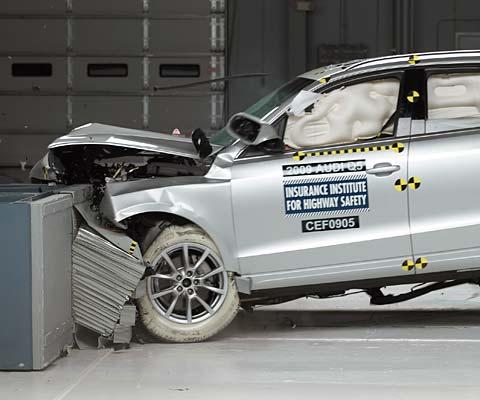 Audi's new crossover Q5 was awarded a Top Safety Pick for model year 2009 from the Insurance Institute for Highway Safety (IIHS). Specifically, the 2009 Audi Q5 received a "good" rating in all three crash tests: side impact, offset frontal and rear impact seat tests. Additionally, it earned five-start for the safety of both the driver and the passenger in NHTSA's frontal crash tests as well as five-star ratings for front and rear protection in NHTSA side impact tests.

The tested Q5 is a 2009 model powered by a 3.2-liter V6 engine with front and rear head curtain airbags and front seat-mounted torso airbags.

“Audi engineers place unwavering emphasis on the protection of motorists and their passengers,” said Johan de Nysschen, President, Audi of America. “These outstanding ratings for the Audi Q5 confirm our intent to meet the most rigorous safety standards found anywhere in the world.”

"Recognizing vehicles at the head of the class for safety helps consumers distinguish the best overall choices without having to sort through multiple test results," added Institute president Adrian Lund.

To give you an idea about Q5's safety features, every model sold in the United States comes with an impressive lineup of standard equipment, including four-wheel disc brakes with ABS, electronic stability program (ESP), daytime running lights and tire pressure monitoring system. Additionally, it also boasts quattro permanent all-wheel system as standard on all models included in the range.

In order to be eligible for IIHS' Top Safety Pick, the tested vehicles must receive the "good" rating in front, side and rear tests. Moreover, they must be equipped with electronic stability control, a feature which is offered as standard on the Q5.