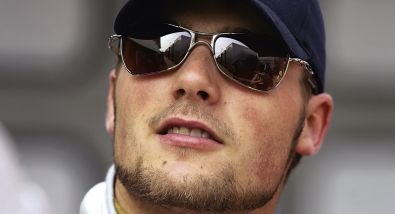 The HypoVereinsbank Ladies German Open presented by Audi had a warm-up session yesterday, when some of the female pros played against numerous amateurs and prominent guest, such as Tobias Angerer, Monika Bergmann, Martin Tomczyk and Sybille Beckenbauer.

Nearly 100 guests from the worlds of business, show business and sports together with 33 professional female golfers played for fun, as not every stroke was successful – the female pros along with the tournament’s ambassador Martina Eberl showed patience and gave valuable tips to assure a perfect start to the tournament week that starts today and lasts until Sunday.

“The round was really a lot of fun – although I do feel quite a bit more comfortable in a race car than on the green,” said Audi DTM driver Martin Tomczyk. “I must admit it’s fascinating to watch the concentration and precision with which the pros play,” he added.

The 27-year-old driver was still under the influence of the one-two-three-four victory the Audi squad started the new DTM season last weekend. Tomczyk will also be a guest at the official Players Night in Munich on Friday.

The tournament features an increased prize fund of 300,000 euros, as well as a new A5 Cabriolet. Audi has donated the elegant automobile as a hole-in-one prize. Melissa Reid and other four contestants will drive an Audi A5 Cabriolet during the week of the tournament.

There will be a large video screen in the public area showing live action from the course while fans will be able to follow their favourite players via digital information boards. Entry to the site is free of charge on the Thursday and Friday, with tickets priced at just 10 euros each over the weekend.