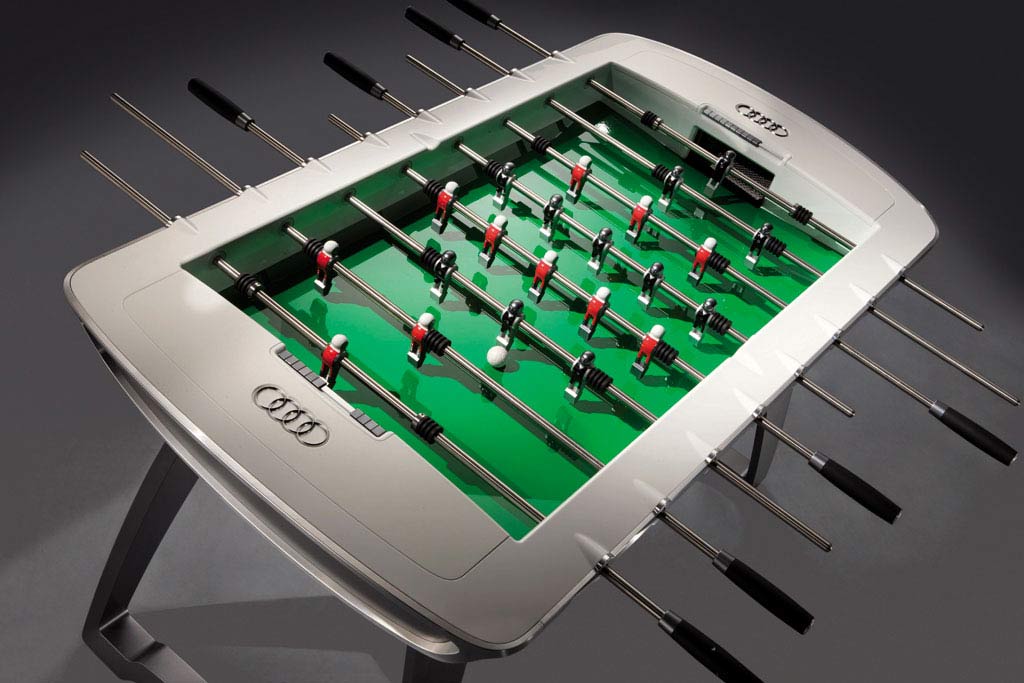 Sport enthusiasts and fans of the brand with four rings will be glad to hear that what was still in a concept study phase two years ago turned to reality, as production of the Audi Design soccer table started yesterday.

According to the German manufacturer, the table meets the standards demanded by professional tournaments. The table is made of handcrafted wooden core as well as aluminum and plastic fittings.

“It’s a attractive task to transfer our cars’ design language to other day-to-day articles, and the results are often surprising!” Wolfgang Egger, Head of Audi Group Design, said in a release. “The Audi Design soccer table features large-area, flowing surfaces and sharp, clearly defined lines. The brushed aluminum frame creates an exciting contrast to the white body. Our design team looks forward to displaying one of these tables at our Concept Design studio in Munich.”

Ten Audi trainees at the Audi instructional workshops in Ingolstadt and Neckarsulm had the task of building the prototypes of the soccer tables, which were perfected by table soccer manufacturer Leonhart.

“It looks just great. That tells us nothing about how it performs, but here too I was pleasantly surprised: this is a very good table. From a sporting point of view, it could certainly be used for an official tournament series,” Thomas Przesdzink, German table soccer champion on several occasions and Chairman of the Bavarian Table Soccer Association, said after testing the new soccer table.

The Audi Design soccer table will be produced in a limited series of just 20 units at a price of EUR12,900.