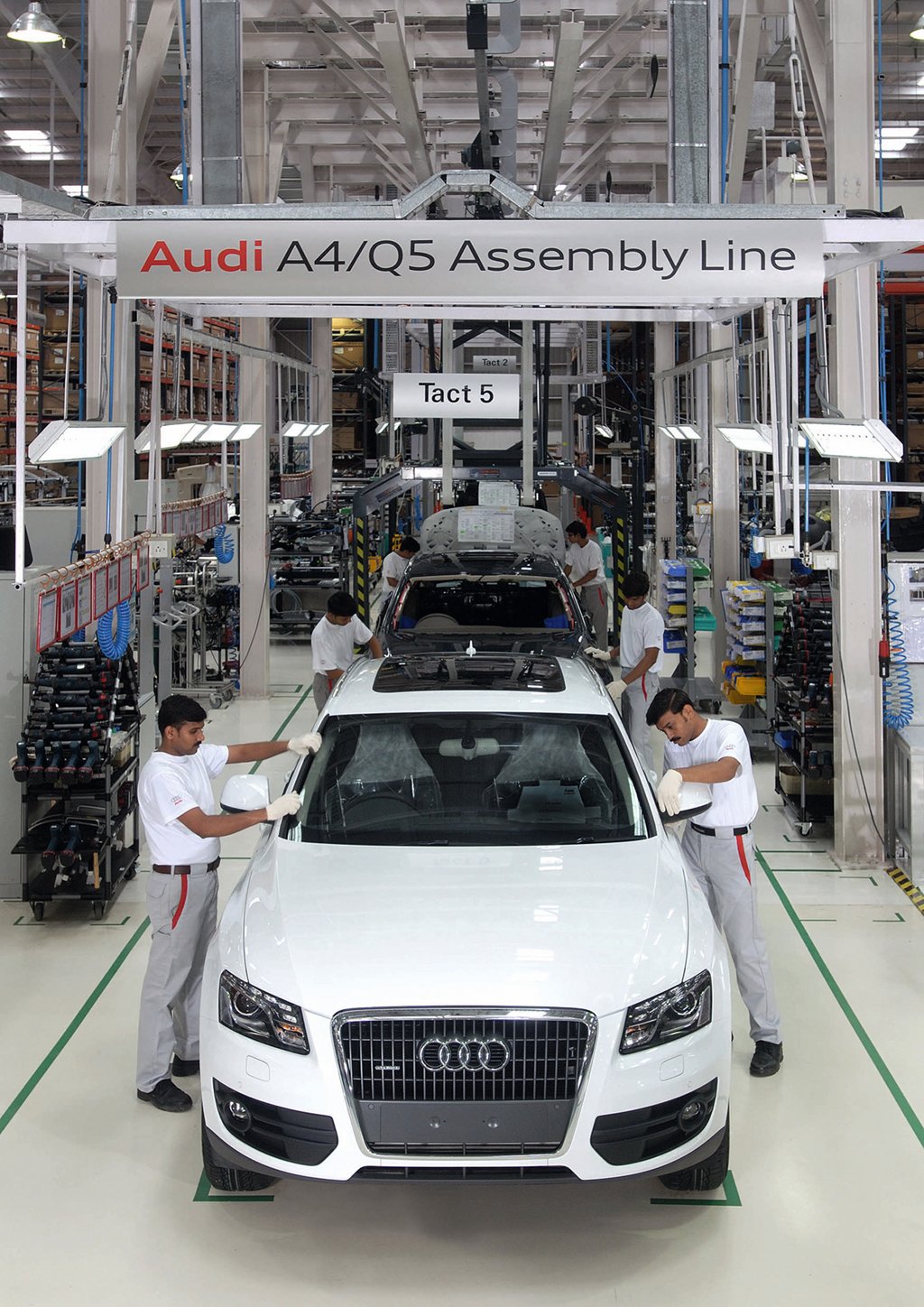 While Porsche’s ultra-exclusivity aura would make it difficult for the German carmaker to outsource a part of its production to India (various media reports indicate that the company is planning to assemble the Cayenne in the country to cut import taxes), Audi’s still-premium-but-not-as-high status means that the brand has no problem performing such a move.

Audi has debuted assembly of the Q5 medium-sized SUV at the Aurangabad plant, in the Indian state of Maharashtra. As with Porsche’s reported plan, the Audi uses the site to produce Q5 vehicles for the local market. The automaker has set a yearly output target of 1,500 units for the site.

The Q5 joins the A4 and A6 models, which are also produced in India, bringing Audi’s 2010 overall production output in the country to a figure that exceeds 2,400 units, a hefty increase from last year’s 732 units value. The final assembly of the Q5 requires five work cycles on two assembly lines alongside the A4 and A6.

The four rings brand started production in India in September 2007, with the company registering an overall volume of 2,000 units up to the present time. The German automotive producer said that up to 6,000 units will be rolling off the line in India by 2015.

“The production of the Q5 is part of our long-term growth strategy in India,” said Frank Dreves, Audi Board Member for Production. “The Indian market for automobiles will grow very rapidly, and the Q5 is the right automobile at the right time.”