5 Audi A5 Touched by Project Kahn
Car video reviews:
Up Next

Audi Announces UK Pricing for Facelifted A5 and S5 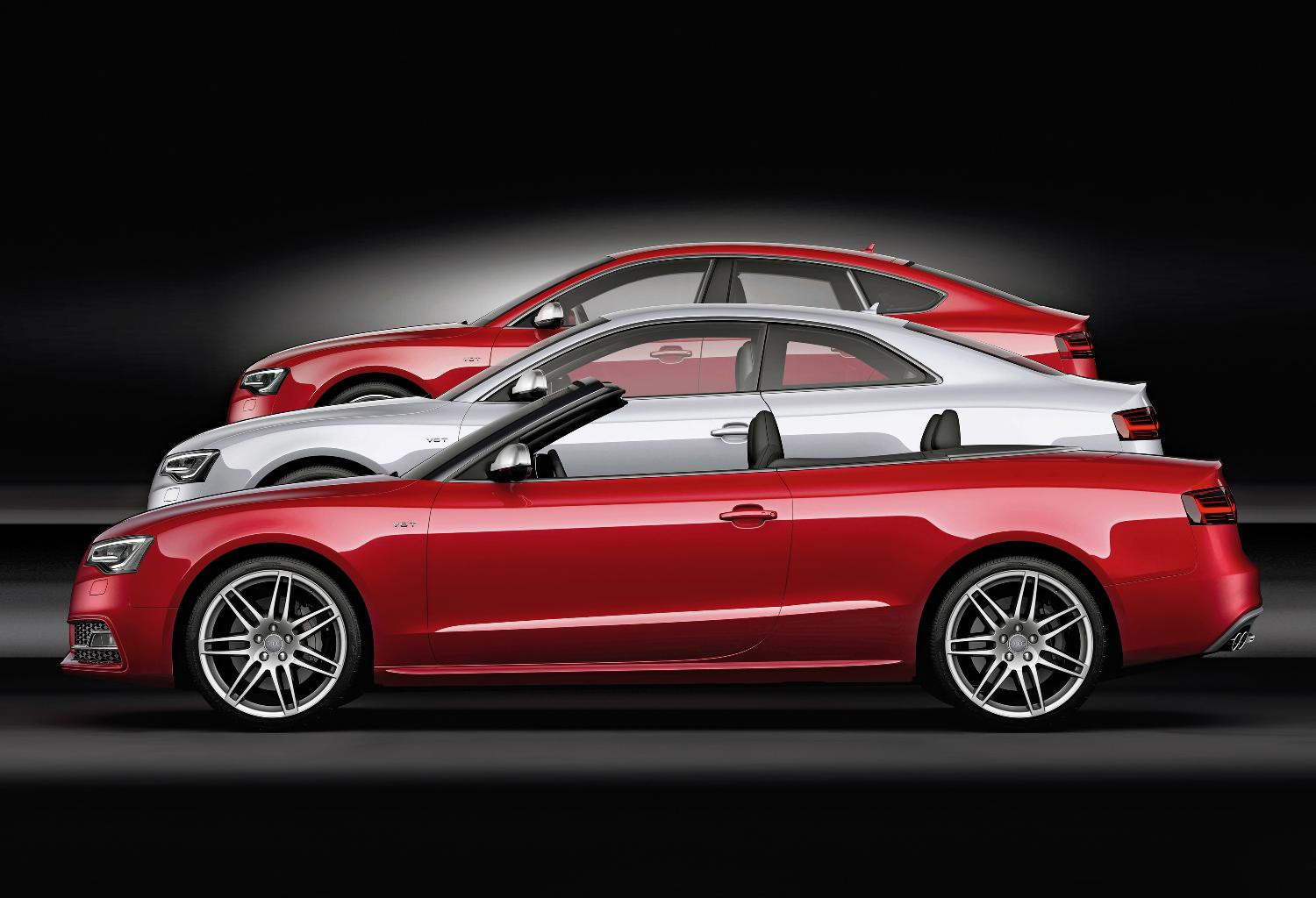 A couple of days ago, we brought you details of the facelifted A5 and S5 models, which covered the Coupe, Cabriolet and Sportback models. Now, the British arm of the carmaker has announced on the road pricing for all the models, which are scheduled to arrive at dealerships starting later in the year.

UK orders for the new A5 and S5 models, which will be priced from £25,540 OTR, can be taken from September, ahead of first deliveries in December. The cheapest model is the A5 Sportback 1.8 TFSI 170PS with a six-speed manual, which only emits 136 grams of CO2 per kilometer. Entry into the Cabriolet range will set British customers back from £29,450 OTR, while the Coupe version of the A5 starts at £26,490 OTR.

The big news comes in the engine range, where the 3.2-litre V6 petrol engine has been replaced by a new 272PS version of the supercharged 3.0-litre V6 unit in A5 Coupe and Cabriolet variants. The existing 333PS version of this engine, which already powers the S5 Sportback and S5 Cabriolet, will also now replace the 4.2-litre, naturally aspirated V8 in the S5 Coupe.

At the bottom of the range, the 1.8-litre TFSI unit has been completely redesigned. It features ground-breaking innovations in many areas, including control of the valves and their lift, thermal management, fuel injection, turbocharging and the integration of the exhaust manifold. As a result, power has jumped from 160 hp to 170 hp, effectively replacing the 180 hp version of the four-cylinder 2.0-litre TFSI engine.