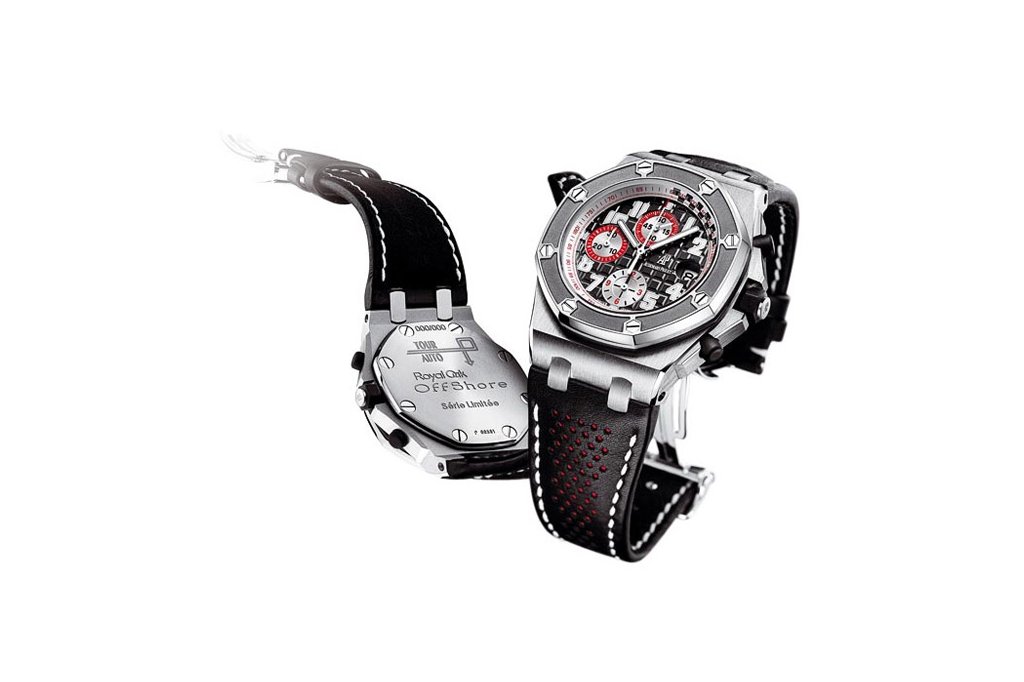 Swiss watch manufacturer Audemars Piguet is celebrating its status as official timekeeper of the Tour Auto for the fifth consecutive year by launching a new limited series: the Royal Oak Offshore Tour Auto 2010 Chronograph. According to bornrich.org, the wristwatch will be issued in a limited edition of 60 pieces.

As in previous years, Audemars Piguet will also be supporting two teams: the Blanchard/Cloché-Dubois ladies’ team driving an AC Bristol, and the Mecenat Chirurgie Cardiaque team at the wheel of a Jaguar MK1.

The case, in stainless steel, measures 42mm. The crystal is sapphire and the caseback is engraved with the Tour Auto logo and bearing the legend “Royal Oak Offshore – Serie Limitee.” It is water resistant to 100 meters.

The Royal Oak Offshore Tour Auto 2010 Chronograph is driven by Audemars Piguet’s selfwinding, hand-decorated Calibre 2326/2840 movement. The watch is equipped with a chronograph function with central seconds hand along with 30-minute and 12-hour counters.

The tachometric scale on the inner bezel ring, decorated with alternating black and white squares, evokes the chequered flag that is waved at motor-race finishes.

The watch has a power reserve of 38 hours, a balance oscillating at 28,800 vibrations per hour, and all parts are decorated by hand.

“Its anthracite dial with the exclusive “Méga Tapisserie” finish carries red and silver-coloured counters, along with luminescent hands and numerals. Finally, this new chronograph is fitted with a black handsewn perforated leather strap and presented in a box also dedicated to motor sports, since it is shaped like a Ford GT 40 petrol cap,” a company statement reads.