4 Top 3 Extra-Terrestrial Vehicles
Up Next 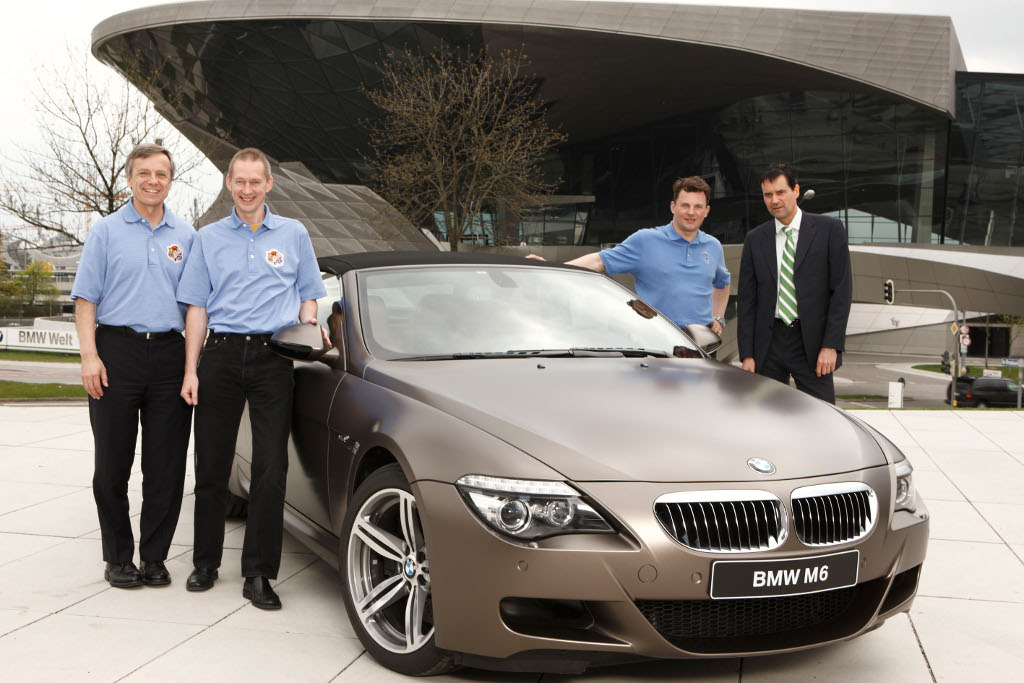 Trading the spaceship for a four-wheel experience, ESA astronaut and ISS Commander Frank De Winne, along with his two colleagues, Robert Thirsk and Roman Romanenko, paid a visit to the BMW Welt yesterday. Here they were introduced not only to the design and innovations of the German cars, but also had the opportunity to get behind the wheel of a couple of M cars.

De Winne, Thirsk and Romanenko were assigned to the ISS Expedition 20 in 2009, which successfully ended on December 1. Two new European ESA missions to the International Space Station (ISS) are planned for 2010. Meanwhile, the three astronauts are enjoying some ‘earthly’ experiences.

The ISS crew was most impressed by the mobility issues of the future and fuel-saving measures in the current BMW range. "As an astronaut I’m always interested in cutting-edge and future-proof solutions that get me where I want to go both personally and professionally. I can see the same zeal here as well," said De Winne.

The three astronauts were then familiarized with the models from BMW M GmbH, from the M3 and M6 all the way to the X5 and X6 M, by the BMW Driver Training instructors.

"It was fascinating to see with what precision a car responds when you drive it properly. Like an aircraft, it immediately obeys the pilot’s every command. For me it means that if I control my car properly, I’m safer out on the road," said De Winne at the end of the training session.