4 Astronaut on Space Station Takes Control of Rover on Earth, Force Feedback And All

5 Close-Up of Robot-Made Hole on Mars Looks Like a View of the Planet From Space
Car video reviews:
Coverstory

If we somehow manage to move past the incredible dangers of self-extinction lurking at every corner these days, the human species will most likely turn into a solar system-wide civilization, and after that perhaps even more. And the history books of the future might just hold the Astrolab FLEX at least partially responsible for human expansion past Earth’s borders.

FLEX stands for Flexible Logistics & Exploration, and is in essence a multi-mission rover, the first of its kind to be not the result of a special project, but the first fully commercial (read potentially mass-produced) machine of its kind.

FLEX is supposed to allow “crew transport, last-mile cargo delivery, and adaptive utility.” Conceived in such a way as to allow transport and deployment with and from future Moon and Mars landers, it’s meant to become a multi-use (science, exploration, logistics, site survey, construction, resource utilization), single platform tool for the world builders of tomorrow.

The thing can be operated as the moon rover of the Apollo program, by astronauts riding on it, or remotely. Once at its destination, it can be deployed, and then help with the unloading and distribution of the materials astronauts need to complete their missions.

Unlike the Apollo rover, and the upcoming Artemis one, FLEX is not meant solely for the transport of humans. Its main task, in fact, is cargo transport, and it can do the job thanks to its ability to pick up, move and deposit modular payloads needed for the mission.

According to the limited specs (full capabilities are still being worked out) the rover should be capable of carrying cargo volumes of 3 cubic meters (106 cubic feet) and weighing as much as 1,000 kg (2,204 pounds). Those numbers can increase significantly if more than one such rovers are being deployed at the same time.

FLEX can move modular payloads thanks to the two top-deck payload interfaces (the places where the crew interface and robotic arm, among others, go) and an underslung payload interface for cargo, crew tools, instruments, or sample containers.

The rover should move on the surface of the Moon or Mars thanks to flexible wheels, backed by adaptive suspension and articulated limbs. These allow the thing to keep itself level regardless of the terrain beneath. The wheel-on-limb approach also allows it to raise and lower the chassis for the suitable ground clearance.

When not controlled by humans on board, the rover gets its bearing thanks to a navigation system enhanced by hazard detection sensors. These should allow it not only to move along the safest path, but also align itself to pick up or deposit cargo.

Envisioned as more than just a workhorse, it also allows for the installation of a robotic arm with six degrees-of-freedom and a science mast equipped with stereo cameras for a 3D view of its surroundings.

What exactly makes the FLEX tick is not fully known, but we do know it will be equipped with a three square meter (32 square feet) solar array to feed power into internal batteries. Additionally, a high-gain antenna will also be on deck to support high-bandwidth communication with Earth, including for remote control.

At the time of writing, the FLEX only exists as a prototype. We first learned of it back in March 2022, when we were told it took its first test drive, here on Earth. During the trial (check it out in the videos attached below), it was capable of driving at speeds of 15 kph (9.3 mph), and lifted several payloads, while carrying a crew of two.

It’s not exactly clear when the FLEX will be greenlighted for production, but Astrolab “is inviting government, academic, and commercial entities to partner with us in the design and field testing of payload concepts.” 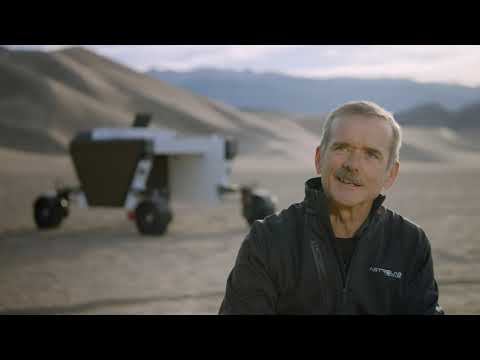 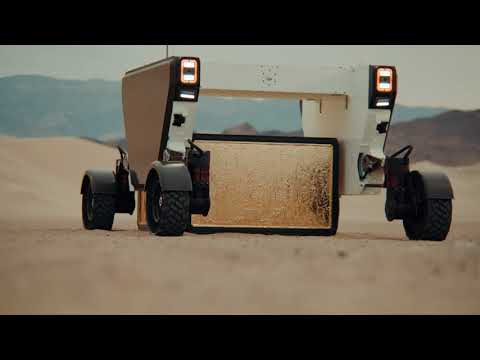