3 Mark Wahlberg Treats Himself to a Custom Arcimoto FUV

Come June 10, another Mark Wahlberg action movie, this time with a science fiction spin, will hit the Paramount+ streaming service, bringing to light a twisted story about, well, reincarnation.
1 photo
As you might expect from a flick starring the former Marky Mark and directed by Antoine Fuqua of Training Day and Equalizer fame, we’re talking about action-packed scenes with plenty of stuff doing things they wouldn’t normally do.

Like, say, an Aston Martin Vantage with what seems like metal reinforcement on its nose breaking through the walls on an interrogation chamber to free Wahlberg’s character, Evan Michaels, from the clutches of Ted (Chiwetel Ejiofor).

The car seems to care little about the solid bricks it has to break through or the many desks it obliterates as it speeds inside an office building, only to exit it by flying over a police cruiser.

For what it’s worth, Aston seems to be heavily represented in this movie, as we also get to see what appears to be the Lagonda Vision Concept shown back in 2018, a model that was said to enter production in 2021. Now, for some, the sudden appearance of the concept in the movie might hint to Aston finally moving on with production of the model, but that’s only speculation for the time being.

Back to the movie, which is titled Infinite, it is based on a 2009 novel called The Reincarnationist Papers (by D. Eric Maikranz). It tells the story of how a “man discovers that his hallucinations are actually visions from past lives,” with all the complications that come out of this.

As said, the movie is scheduled to stream starting June 10 on Paramount+, after initially being scheduled for theater release.

Separately, Mark Wahlberg is presently involved in several other projects, including an adaptation of the Uncharted videogame and The Six Billion Dollar Man. 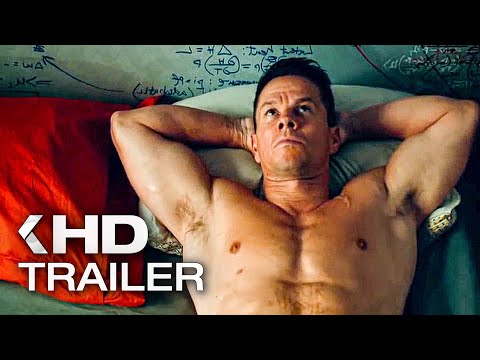