4 $37 Million Worth of Cars Destroyed for the New James Bond Movie, Spectre

The trailer for this one-hour movie is eye candy, and one should be advised it can cause sudden drooling. James Bond and Aston Martin enthusiasts alike can observe the DB10 in action as it burns rubber out loud and with great talent. They say trailers are sometimes worse than the actual film, but considering this one is about the conception of a one-of-a-kind sportscar, it may be worth watching.
4 photos

The teaser was released two months ago, but the actual film premiered this Sunday in the Great Court at Blenheim Palace. If the visual summary of 18 months of hard work seems enticing, then you’ll want to know the premiere event itself was a blast.

An impressive line-up of both current and classic models of the British sports carmaker all got together at the Palace. Guests enjoyed a reception in the opulent Great Hall and a Q&A session with stunt driver Mark Higgins, before returning to their Aston Martins to watch the film.

Believe it or not, Aston Martin made a movie about a car specially created for a movie. It follows the creation of the DB10, a model built in-house by the luxury brand’s design and engineering teams in six months. The documentary was filmed over a 19-month period, with over 120 hours of material captured in ultra-high definition (4K).

Those who want to find out more about how each of the ten vehicles was built should know the movie features interviews with the Aston Martin team responsible for creating the DB10. Spectre producer Michael G. Wilson, director Sam Mendes and actor Daniel Craig also share their thoughts on the collaboration with the carmaker. Fans of the brand will also observe special effects supervisor Chris Corbould, stunt coordinator Gary Powell and Higgins discussing their experience with the unique sportscar. 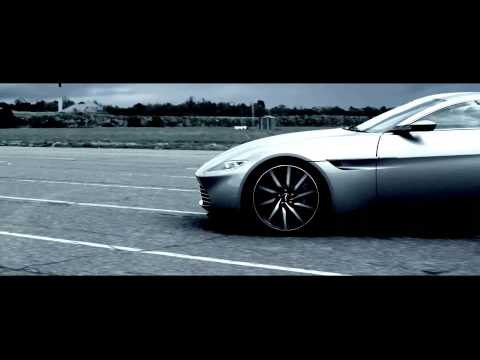