Audi Will Not Sell Small Cars in the US... 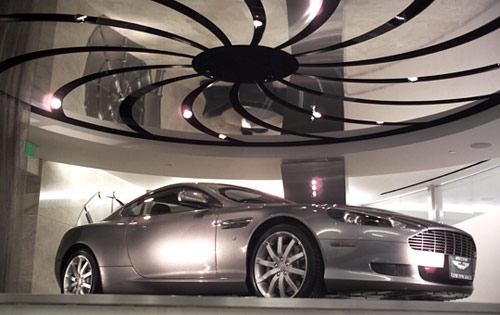 While some automakers struggle to save costs and slash operations around the world following the negative impact of the recession, others continue their expansion and seek to reach new markets across the globe.

The best example comes straight from Aston Martin, the luxury car manufacturer which recently opened a new dealership in Zagreb, Croatia. The company today announced the official opening of a new dealer in Safenwil, Switzerland that will showcase multiple models including DBS, DB9 and V8 Vantage.

In addition, the 350 sqm showroom will also display the V12 Vantage and the DBS Volante, officially unveiled to the general public at the 2009 Geneva Auto Show.

"We are very pleased to see how much effort, resources and heart Emil Frey Group has put into this new showroom. This is the right place to present Aston Martins to our customers and a perfect representation of our brand," Aston Martin’s Chief Executive, Dr. Ulrich Bez said.

As mentioned, Aston Martin also opened a new dealership in Croatia in February that currently incorporates multiple services. Although it did not mention the operations to be conducted within the Swiss dealer, they might be basically the same as they're all part of Aston Martin's global expansion campaign.

"Over the past 25 years as the official Aston Martin dealer, Emil Frey Group has contributed greatly to building up and strengthening the Aston Martin brand in Switzerland. It is also due to the excellent work of the Safenwil dealership that we have been very successful in Switzerland over the past years, and we hope to continue this in the future," Dr. Ulrich Bez added at the press conference in Switzerland.