Home > News > Videogames
2 Dec 2021, 16:19 UTC ·
by Cosmin Vasile
Assetto Corsa Competizione is one of the best sim racers out there, and the game is improving almost every week thanks to the timely updates provided by developer Kunos. Originally released on PC back in 2019, the game made its debut on PlayStation 4 and Xbox One last year.
6 photos

Although many expected a sequel to Assetto Corsa Competizione to be announced at Gamescom 2021 several months ago, the folks at Kunos Simulazioni revealed plans to bring their successful game to next-generation consoles.

Today, we got our first look at the next-gen version of Assetto Corsa Competizione, which is scheduled to launch on PlayStation 5 and Xbox Series X/S on February 24, 2022. The so-called Spinning in the Rain trailer shows some of the game’s impressive physics technology, as well as the benefits of playing it on PlayStation 5 or Xbox Series X/S.

First off, there’s progressive full day cycle and randomly generated weather, so driving during the day or at night makes a totally different racing experience. Also, the temperature will affect the track’s temperature, and thus grip, engine performance, altitude, and environmental pressure.

More importantly, the wind will affect the vehicle’s aero while the weather can change during a race to influence the driving performances, which means each competition will be unpredictable. Of course, you can always make a pit stop to change to more suitable tires if the weather changes.

Those who already own both the game and a PlayStation 5 or Xbox Series X/S will be getting the next-gen version of Assetto Corsa Competizione as a free upgrade at launch day, carrying over to new-gen all save data and owned DLC.

Meanwhile, Kunos released a new hotfix for Assetto Corsa Competizione, which fixes several gameplay and graphics issues, as well as a bucketload of problems with the physics. Last but not least, the latest update fixes a couple of issues with the Thrustmaster SF1000, and readjusts Steer Filter range for controllers. 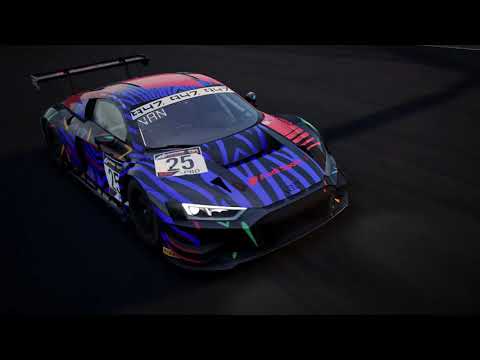