The Audi R8 LMS GT3 evo II is set to be driven by former motorbike champion Valentino Rossi during the 2022 season of the real-life Fanatec GT World Challenge Europe, Powered by AWS championship. Apart from that, players purchasing the new DLC will get four additional race cars that run in single-make series.


Of course, just like in the previous add-ons, the Challengers Pack DLC includes some nice liveries and custom livery schemes for the newly added cars. Unfortunately for console players, the new DLC is only available on PC, but it will soon make its way to PlayStation and Xbox.

As far as the price goes, Assetto Corsa Competizione players can pick this one up for $11 / €11 via Steam. This feels pretty cheap, considering that other games are selling one or two cars bundles for the same price.

Not to mention that the cars picked by Kunos Simulazioni to be part of the Challengers Pack are absolutely awesome. And judging by the reactions from Assetto Corsa Competizione players who have already picked up the new DLC, it looks like this is a no-brainer.

All five cars look stunning, and the attention to detail is pretty much unrivaled. If you’re into hardcore racing sims and already own Assetto Corsa Competizione, the new Challengers Pack DLC seems to be a must-play. However, if you’re a newcomer to the game, you might want to take it slow, although you’ll eventually want to pick this one up at some point. 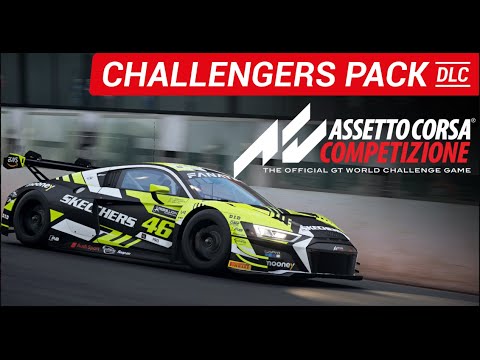