The first ever supercar from Poland was unveiled this year at the Autosport show. It is called the Arrinera Hussarya GT and is made exclusively for racing.
9 photos

The road going version of the Hussarya will be unveiled later on, but will look almost the same on the exterior, while the interior will be different. If you like how this car looks, we’ll inform you that the design team included students from Warsaw’s Technical University, along with specialists from F1 teams and engineers that worked in FIA GT3 and GT4 teams.

The new Arrinera Hussarya was designed for competing in the GT4 class of FIA-sanctioned races in Europe. During this year, the Polish company will build around two or three units of their car, so we are still far from a single make racing series.

According to GT4 class rules, the Arrinera Hussarya GT will have a power output of 430 HP, but the unit can be ordered to provide a higher power level for other classes.

The car is expected to cost around £130,000 ($185,000), but it has not undergone testing yet, so its presence at the first motorsport events of the year under FIA scrutiny is still uncertain.

The Arrinera Hussarya GT was designed by the new division of the Polish company, Arrinera Racing. The car is fitted with a 6.2-liter V8 unit sourced from General Motors, rated at 430 HP and mated to a six-speed sequential gearbox from specialist Hewland.

The 2,755-pound (1,258 kg) Hussarya GT is all-business, as it’s made on a tubular steel space-frame chassis, covered in aluminum and carbon fiber. The body of the first Polish supercar features Kevlar honeycomb structures for maximum efficiency and strength.

The vehicle’s suspension is of the pushrod style and features Ohlins adjustable dampers, along with springs sourced from the same manufacturer.

The front brakes are Alcon, with six-piston calipers and 15-inch discs, while the back ones are unspecified, but are made by the same company. 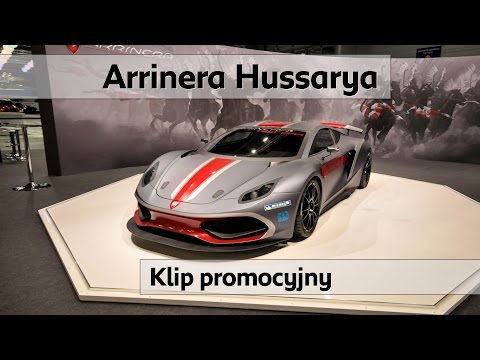