2 Porsche 918 Spyder Does Donuts Like a Hybrid from Hell

5 Aston Martin Plans to Go Hybrid, We Can Look at Ferrari and Bentley for Clues
Editorial

Ionut Ungureanu
We’re no experts in politics, but we know this much: the state of California has been trying to become a leader when it comes to its environmental bills. Luckily, some of the reforms Hollywood icon Arnold Schwarzenegger made produced a starting point for other politicians to follow. Take President Pro-Tem of the California State Senate Kevin de Leon, who has been pushing forward a bill that apparently comes to the likes of the actor.
1 photo
To understand how blowing up an old Cadillac with a grenade launcher helps the environment we first need to look at the bill California senator has been pushing forward. Long story short, the point is the State is helping low-income families save money with fuel-efficient and ultra-clean cars.

The pilot project is called the Enhanced Fleet Modernization Program (EFMP) and is currently running in the Greater Los Angeles area and San Joaquin Valley.

According to the California Environmental Protection Agency, the program works by providing increasingly larger cash payments for the lowest-income families to move up to the very cleanest cars. “Under this program, for example, it is possible for a family that meets the income guidelines to receive $12,000 toward the purchase of an electric car,” the bill is described.

But like any other pilot program, the best way to get acknowledgment is to be creative, to come up with bold ideas people will remember. So what did de Leon do? He destroyed a car in public while making sure the press was watching. According to Biz Journals, he said something about California leading a green revolution. Then, while holding a small girl in his arms, he cheered alongside a small army of environmental advocates and watched how an old Ford Ranger was being crushed.

Here’s where Schwarzenegger comes in. The Terminator star posted a 60-second video in which he’s thanking de Leon for his efforts to put more green cars in the hands of those who will actually use it. Whether or not he knew about the little car-crushing the Senate's leader did, we don’t know. But one thing is clear, the two share the same views on making a green reform look mean. 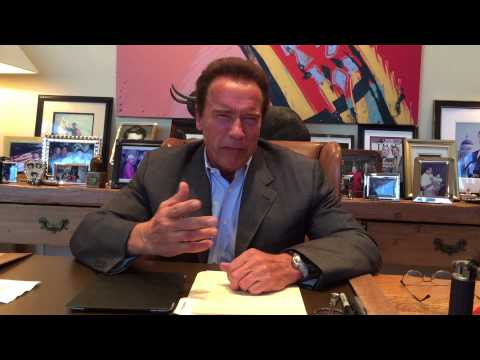 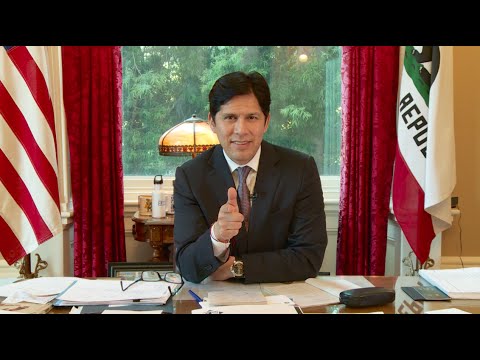