Armored cars also have connectivity needs, but theirs are different from those that apply to regular vehicles.
5 photos

Instead of a 4G/LTE modem, an armored car cannot rely on a communication solution that can be hacked or easily jammed. The technology behind 4G/LTE connection relies on cellular networks, which can be obstructed with devices that cost less than $100, and the influence of those systems can also interfere with radio signals, because the technology behind both is similar up to a point.

Until now, armored cars had access to the Internet, but they were restricted because of the size and shape of antennas, which would often protrude through the body of those vehicles.

In other cases, the antenna would have to be placed on top of the roof of the automobile, which would make it easy to identify as the vehicle in the convoy that was responsible for communications.

Kymeta, a company that is specialized in global connectivity on the go, has announced a collaboration with Aurum Security to bring satellite connectivity to civilian armored vehicles. The company from Redmond has devised a particular device, which they have named mTenna, and it acts as an antenna for a mobile satellite connection in a vehicle.

Unlike previously available systems, the mTenna fits “invisibly” between the headliner and the roof of a broad range of vehicles. Once installed and configured, it will provide a reliable Internet connection, which cannot be jammed or compromised. However, it does need to have a clear sky above it, so it does not work properly in covered spaces.

Thanks to this system, a vehicle that has a satellite connection will not be highlighted, and its occupants have access to online services, while also fulfilling the needs of the security team.

The price of the new antenna has not been disclosed, but it will be commercially available commencing with the second quarter of 2017. Those that own armored cars do not have to check their account to see if they can afford it, so Kymeta is probably going to ask a hefty price for this promising solution. 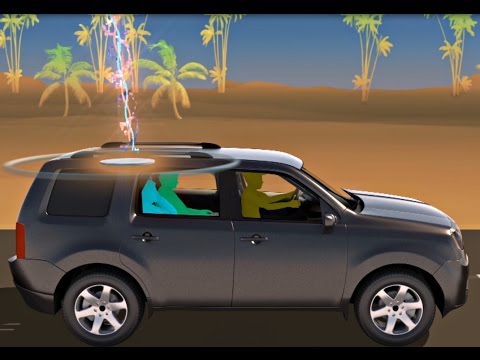