2 European Rover Ready for Duty on Mars, Will Go Into Storage on Earth Instead

Earlier in March, NASA announced the count of discovered exoplanets, meaning the ones located in other star systems, has reached 5,000. That’s a huge number, given humanity’s relatively young space exploration program, but just a spec of dust in an Universe that likely contains billions of planets.

Ariel Is the Space Mermaid That's Going to Spy on 1,000 Alien Planets

Knowing exoplanets are there is not the same thing as knowing how they formed, how they evolved, and if there’s any life on them. For that, additional hardware and missions need to be devised, and the European Space Agency’s Ariel latest effort is destined to try and answer the above questions.

Ariel stands for Atmospheric Remote-sensing Infrared Exoplanet Large-survey, and is described as “the first mission dedicated to measuring the chemical composition and thermal structures of hundreds of transiting exoplanets, enabling planetary science far beyond the boundaries of the Solar System.”

Still on the drawing board, given how the mission is scheduled to depart in 2029, Ariel will be put together by Airbus and an army of about 60 contractors, as per a 200 million euros (over $223 million) contract awarded by ESA in December 2021.

Boasting a “very stable thermal and mechanical design,” the observation satellite will leave our planet on an Ariane 6 launcher, and will position itself at the second Lagrange point (L2), the same vast area 1.5 million km (932,000 miles) away from our planet where the Gaia observatory and the recently-launched James Webb Space Telescope are located.

Ariel is basically a telescope, with its body split in two distinct sections, called Service Module (SVM) and Payload Module (PLM). It’s in the PLM, which holds all the scientific instruments, including the mirror telescope, where the magic will happen.

Ariel will be the first human-made device meant to determine the precise chemical composition and thermal structures of transiting exoplanets. It will look at each and every target planets, about 1,000 of them, for long periods of time, between 10 hours and three days. Somehow, ESA will have to squeeze extended observations of these world into about six years, which is the maximum expected duration of the mission.

The main targets are warm and hot planets, ranging in size from super-Earths to gas giants, located close to their stars. The observations Ariel will make, both in visible and infrared wavelengths, are hoped to at least clear some questions humans have about planets elsewhere in this Universe, and the biggest hope is, of course, finding signs of alien life in some form.

Ariel is the fourth medium-class mission ESA is planning to launch as part of its Cosmic Vision 2015-2025 planning cycle. Initiated in 2005, the program centers the space agency’s activities on four key questions: “What are the conditions for planet formation and the emergence of life? How does the Solar System work? What are the fundamental physical laws of the Universe? How did the Universe originate and what is it made of?”

Cosmic Vision includes in this class of missions the Solar Orbiter launched in 2020 to study our Sun, Euclid, a piece of hardware meant to look at dark energy and dark matter, and Plato, one destined to look for even more exoplanets, set to launch later this decade.

For what it’s worth, ESA's previous planning cycles proved extremely lucrative. The Horizon 2000 plan, for instance, was responsible for launching Rosetta and its lander Philae, but also the Herschel astronomy observatory. To refresh your memory, Philae was humanity’s first piece of technology to land on a comet, 67P/Churyumov-Gerasimenko, in November 2014.

Horizon 2000 Plus followed, and that was responsible for the departure of the Gaia that is now busy performing astrometry deep in our solar system, Lisa Pathfinder, and BepiColombo, Europe’s first mission to Mercury. 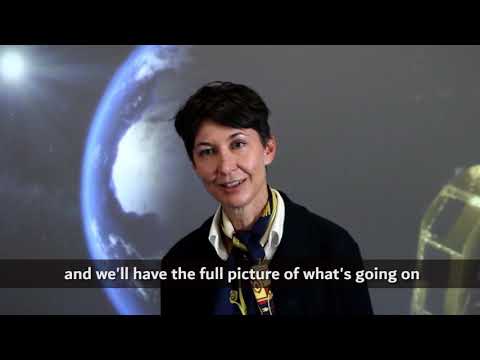