FUV (fun utility vehicle) developer Arcimoto has lately made the headlines with a more different type of three-wheeler. Its Mean Lean Machine (MLM) is a tilting electric trike that boasts the company’s patented tilting technology and looks even more fun to ride. The MLM has now reached its fourth-generation prototype, flaunting major improvements and promising to deliver a unique riding experience.
6 photos

Designed to be a best-in-class tilting e-trike, the MLM is powered by three hub motors and a pedal generator and has no messy chain or belt. Specs are still thin when it comes to the trike, but Arcimoto does specify that its MLM will be able to carry two people and offer an impressive range of over 200 miles (321 km) per charge with auxiliary batteries.

As for the tilting technology that is at the heart of the MLM, it was developed by the company’s Tilting Motor Works division. According to Bob Mighell, Arcimoto Chief Tilting Officer, the trike will allow you to corner the same way you would on a regular bike but with greater traction, more stability, and better braking ability.

The 4th generation prototype of the e-trike, which was recently unveiled, is called the Cybertrike Edition and is part of Arcimoto’s three-tier product strategy for the MLM family. The family includes the base model called Sidewinder, the mid-line Cybertrike, and the high-end Mean Lean Machine.

The Cybertrike prototype brings major improvements in terms of suspension, its carbon-fiber wheels, and more, further refining the riding experience. Several copies of this prototype iteration will be built to be used for both testing and marketing purposes.

Arcimoto plans to launch the Mean Lean Machine electric tilting trike in the fourth quarter of this year, but those interested in it can already pre-order the three-wheeler for a $100 deposit.
Here’s the Cybertrike prototype in the video below. 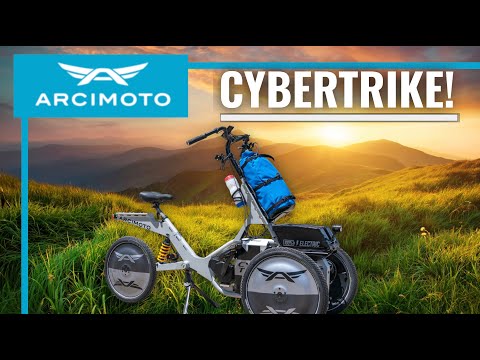