5 Archer Unveils eVTOL Prototype to Be 100 Times Quieter Than a Helicopter
Car video reviews:
Up Next

Slo-Mo Landing of Empress of London City Embraer 190 at St. Maarten Will Make You Gasp

Archer’s two-seat eVTOL (electric vertical take-off and landing), Maker, has made rapid and considerable progress since it was unveiled last summer. Its developer recently announced that the aircraft completed the second of the three key phases of flight testing.
6 photos

The Californian company behind Maker boasts of having completed all of the critical azimuth flight tests that are meant to validate the crosswind capabilities of the eVTOL’s configuration and flight systems, as well as the robustness of its take-off and landing capabilities. Although it still has a long way to go, the Maker proved it can fly at increased speeds of up to 15 knots (17.2 mph/27.6 kph) in various altitudes and in all directions.

Now Archer is getting ready to kick off the third phase of the program, which will focus on assessing the Maker’s performance at increasing forward speeds. Archer plans to expand to full transition flight by the end of 2022.

As stated by Adam Goldstein, Archer’s CEO, each flight test provides the company with a treasure trove of data, validating the aircraft’s design and propelling the company towards its vision for eVTOL air travel. Archer promises to follow with more updates as it moves the campaign forward.

The Maker was unveiled last summer and completed its first hover test flight back in December. It is a two-seater designed for short-range trips. It weighs 3,324 lb (1,508 kg) and it features 12 rotors, with Archer boasting of it being 100 times quieter than a conventional helicopter. The California-based eVTOL developer announced recently that it partnered up with FACC, which agreed to supply the aircraft’s key fuselage and wing elements. It also teamed up with Honeywell, which will provide flight control actuation and thermal management technologies.

Back to this helicopter-looking eVTOL, it comes with a distributed electric propulsion system that ensures in case one or two of its motors fail, it can still maintain flight. The Maker will travel on short distances of 20 to 40 miles (32 to 64 km) and will be able to fly at a top speed of 150 mph (340 kph). Archer claims the aircraft will be capable of making approximately 40 trips per day. The Maker should become operational in 2024. 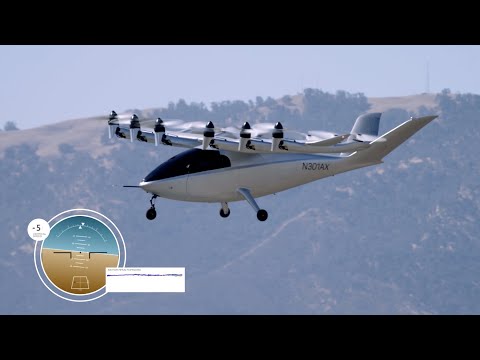