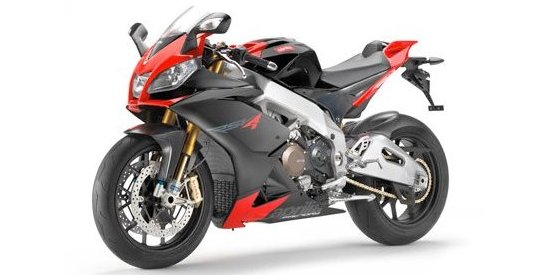 Italian bike-manufacturer and racing addict Aprilia is set to make a comeback in next year's Superbike championship with their freshly released RSV4 model. Specially tailored for fast-track competition-pummeling performance, the bike is a force to be reckoned with, especially with Max Biaggi and Alex Hoffman by its side who have both been confirmed for Aprilia's 2009 WSBK rider line-up.

The motorbike is not only a world premiere and a fortune token but also a first for the Italian maker who so far has been known for its V-Twin sport bikes, scooters and involvement in Moto GP where it is still an inexorable winning-force in the 125 cc and 250 cc class.

As results speak for themselves, so does the bike which sports a V4 engine displacing approximately 999 cc, close to the SBK 1000 cc limit. Additionally, the bike features a fully independent engine-management program specially designed to squeeze power and torque outputs into raw circuit-performance.

Furthermore, the new two-wheeler benefits from a lightweight construction with a chassis and some parts made from cast aluminum and pressed sheets of the same alloy. Extensive testing prior to the bike's release have lead to a cutting-edge aerodynamically efficient body work and equally impressive good looks.

At a weight just under 400 lbs, the bike is likely to have a good debut next year. As for speed on tight corners, no problems there as Aprilia equipped their newborn with performance adjustable front-rear Ohlins suspension mated to what appears to be mono-block Brembo brakes. See below for the freshly released specs.