1 BMW's New iPhone App Will Change the way You Drive

Apple Unveils Upcoming Car iOS. Might Be Installed on BMWs Too

Gabriel Nica
Remember a while back when we told you that Apple might be considering further integration in various cars' dashboards? We told you as far back as April that the Cupertino-based company was working on something big with BMW and other manufacturers.
1 photo
Now, it's official. The Worldwide Developers Convention came with a lot of new things this year. One of them is a preview of the new iOS 7 mobile phone operating system, called by Apple "iOS in the Car". Simple as that.

Most people might think that this is just another app for their phones, a useless one, considering that BMW allows you to control almost every function of you iPhone through the iDrive system.

But they'd be wrong. This new system adapts the iPhone into the dash screen and allows you to even use the iOS navigation and many more features. This is another step in Apple's struggles to make the Siri personal assistant a more integrated feature within cars.

For the moment, the software is still in a production and development stage but many manufacturers already confirmed their interest in the new software, including BMW, Honda, Mercedes-Benz, Nissan, Chevrolet, Infiniti, Kia, Hyundai, Volvo, Acura, Opel, Jaguar and even Ferrari. You can watch how this new iOS will look like in the car in the video below. 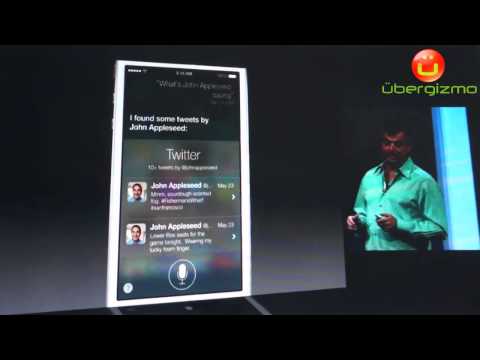