2 Super Bowl Champion Makes Fun of the Apple Car, He Actually Has a Point

4 Apple Car Is Very Much Alive, Will Feature VR Technology and Possibly No Windows

Apple Trying to Remain Tight-Lipped on the Apple Car Is Hilarious, More of a Confirmation

The entire world knows that Apple is cooking something in the automotive market, and despite all the rumors that end up swirling around every once in a while, the company is striving to keep all details away from our eyes and ears.
10 photos

But as the saying goes, silence is sometimes the best answer, and this is what could be the case with a recent interview following Apple’s WWDC conference earlier this week.

Apple executives Craig Federighi and Greg Joswiak joined John Gruber to discuss the company’s latest announcements, including the expansion of CarPlay to a system that would be pre-loaded with new cars. Thanks to this upgrade, CarPlay would end up getting new capabilities, essentially sporting deep integration with the car’s hardware and therefore getting access to all screens inside the cabin.

In theory, this allows Apple to expand substantially on the software side, but given the Cupertino-based tech giant is known as a company that doesn’t typically invest in software without hardware in mind, thinking of a potential Apple Car is something that just makes sense.

When asked whether the Cupertino-based tech giant is indeed working on an Apple Car, both Craig Federighi and Greg Joswiak smiled, acting like there’s indeed something big coming on this front, only that they can’t talk about it.

This isn’t necessarily a surprise. We’ve known for a while that Apple treats Project Titan (the internal codename of the Apple Car) as a top-priority product, so spilling the beans even on the smallest tidbit is a big no-no for a company that’s putting a lot of effort into preventing leaks.

In fact, Apple’s obsession with FBI-inspired secrecy is believed to be the main reason for the failed talks with Hyundai over the production of the Apple Car, as the South Korean firm at one point confirmed it was discussing with the tech giant such a project.

You can watch the whole awkwardness in the video below, starting at 1:07:50. 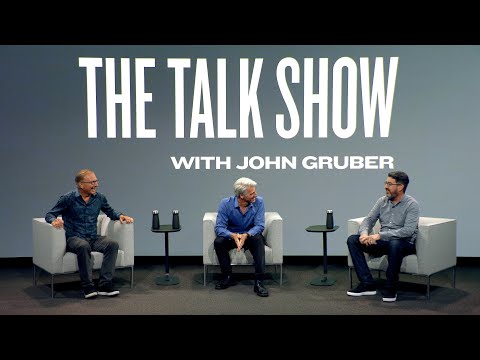