3 2021 BMW 5 Series Finally Shows Its Facelift, Will Update Over the Air

Apple Reveals Digital Key for iPhone, You Can Have It First on a BMW

Technology wizards in love with everything iOS-centric have been expecting an entire year for the annual Apple Worldwide Developer Conference. And the Cupertino-based technology giant hasn’t disappointed, revealing for the first time ever its newly minted Digital Key For iPhone - presented as a very safe and easy to use solution to use the iPhone as a car key to lock, unlock, drive, and share digital “keys” with anyone.
10 photos

Of course, the idea is not new – and has been around for some time thanks to the technology that enables it, specifically “NFC” (near field communication). Examples include the famous Tesla Model 3 (which uses both the phone and a key card) but also other classical makes – such as South Korea’s Hyundai or Germany’s BMW.

During the Worldwide Developers Conference the latter also became the first officially supported automaker for the Apple Digital Key for iPhone.The new feature is part of the equally new iOS 14 version of the company’s mobile operating system and BMW will be the first automaker that allows its customers to use the iPhone as a fully-fledged digital car key.

Of course, this doesn’t come out as a major surprise – considering that BMW is among the founding partners of Apple’s CarPlay, it was the first to integrate iPod, first to introduce wireless CarPlay, and also among the last companies that allowed customers to use Google’s Android Auto.

We are talking about the 1, 2, 3, 4, 5, 6, 8, X5, X6, X7, X5M, X6M and Z4, while compatible iPhone models include the iPhone XR, iPhone XS (or newer) and Apple Watch Series 5 and above. According to the German automaker, Apple and BMW worked with the Car Connectivity Consortium (CCC) for a global standard.

The “Digital Key specification 2.0 for NFC” was completed in May 2020 and was used for this iteration. Future generations of the Digital Key will be using the so-called “Ultra-Wideband” technology and we can expect other automakers to soon adopt Apple’s new Digital Key for iPhone. 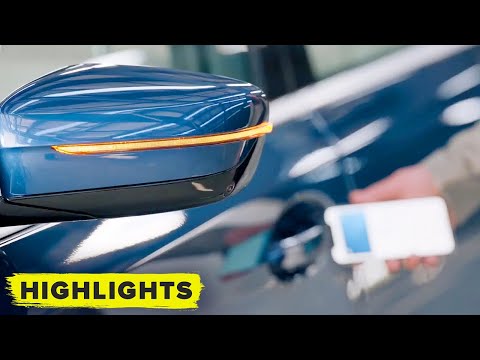