2 Volkswagen Says Apple Is Unlikely to Build an Apple Car

3 Best Automotive Designers Working on the Apple Car, Announcement Still on Track by 2025

4 Apple Should Stay Away From Building Cars, Stick to Apple CarPlay

5 Apple Trying to Remain Tight-Lipped on the Apple Car Is Hilarious, More of a Confirmation
Car video reviews:
Up Next

Home > News > Rumors
29 Jul 2022, 13:58 UTC ·
by Bogdan Bebeselea
The development of the Apple Car would a really huge leap from the tech sector which is Apple’s usual dwelling. But the company is very well known for their growth and innovation plans, so a step into other realms comes off as fully natural and organic for the brand.
10 photos

According to Bloomberg, citing earlier this week unnamed sources with intel about this development, Apple has managed to bring into their fold a prominent figure in the car industry, Lamborghini’s former chassis and vehicle dynamics mastermind, Luigi Taraborrelli.

If this surprises you, it shouldn’t, because rumor is the tech giant has been working hard to be able to introduce this product by 2025. The project is currently being spearheaded by Kevin Lynch and John Giannandrea (the company’s head of the machine learning department), and they have been making big moves building their team with Apple nabbing engineers and senior design executives from well-established carmakers like Tesla, Volvo, Mercedes, Porsche, McLaren and Aston Martin.

As for why someone involved in machine learning is at the forefront of this project, and why Apple are sweeping employees from Tesla, that's because the vehicle they plan on introducing is meant to be a fully autonomous EV, without even a steering wheel. You know, like instead of you carrying your smartphone around, it will carry you, and you'll have no control over it.

Even with Apple looking at every manufacturer for new talent, Luigi Taraborrelli is definitely one of the biggest names they managed to get on board. He has been involved in some of Lamborghini’s biggest hits like the Huracan, Aventador and Urus.

Taraborrelli brings over 20 years of experience to the table, the last 14 of which he spent as the company’s head of R&D for Chassis and Vehicle Dynamics. However, maybe the most important thing he will inspire in the new Apple Car will be some Italian sportscar flamboyance. 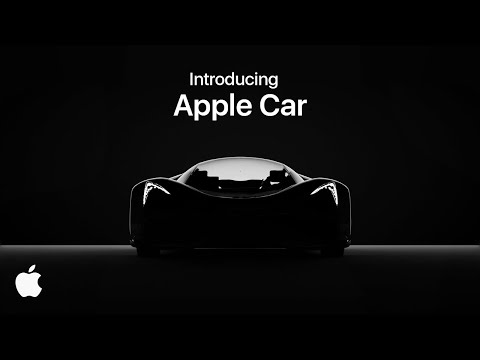