1 Weak-Kneed? E-Knee Is the Intelligent Device That Gets You Going

Cooking isn’t for everyone? Or is it? They’ve come up with a gadget now that offers you real-time assistance in the kitchen, using artificial intelligence, video, and thermal sensors.
1 photo
The gizmo is called Cooksy and you mount it above your cooktop. It features a camera and thermal sensors and it watches over your frying pan throughout the entire cooking process. Cooksy comes with an app that you download on your phone and the device will stream the entire cooking session on your smartphone. The app is compatible with both iOS and Android devices.

The gadget measures the pan temperature across its entire surface many times per second and notifies you when it is too hot or too cool. It also alerts you when it is time to take the pan off the stove, so you don’t overcook your food.

Cooksy’s app offers a variety of recipes that you can choose from and they come with step-by-step video instructions. The app will constantly notify you when you can move to the next step of the recipe. Cooksy allows you to monitor the entire cooking process from your living room if you want, and you’ll be able to look at your simmering pan from your phone.

You can also create new recipes and the device will track every ingredient you add, will measure the cooking time and heat, and video record all your steps of the recipe. This way, you can either share the recipe with your friends or make sure you can recreate the dish perfectly every time, without guessing or putting your memory to work.

Cooksy is promoted through an Indiegogo campaign and has already succeeded in raising the amount it aimed for. The company has raised over $35,000 so far, with 29 days left in the campaign.

There are two versions of the product available: Cooksy and Cooksy Pro. The Pro version comes with a better camera (13MP instead of 5MP), larger on-device flash storage, and a better thermal imaging sensor.

Pledges start at $389 for the regular Cooksy, with the estimated delivery time being October 2021. Cooksy Pro requires a pledge of $479 and the estimated shipping time is November 2021. 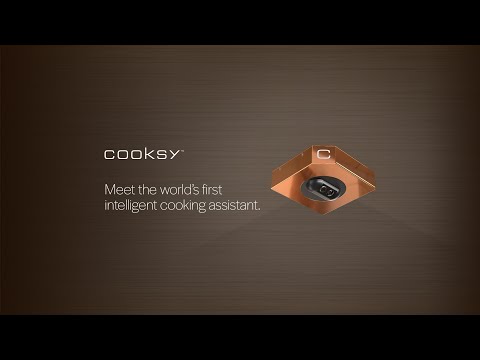