When you count your dollar bills in billions, not thousands, the very idea of building your dream house becomes an entirely different beast. Put it differently, if you can afford it, forget about picket-fence suburbia houses, mansions, estates or even mega-mansions. You get to build your own skyscraper residence in the heart of the city.

Antilia, the $2 Billion Private Residence, Has a 6-Level Garage for Over 160 Cars

This is what Antilia is. It’s also the tallest, largest and most expensive private residence in the world, a title it’s been holding since it was completed and inaugurated in 2010. Technically, only Buckingham Palace is more expensive than Antilia, but since it belongs to the institution of the Crown, it’s not exactly a private residence.

Antilia is the property of Mukesh Dhirubhai Ambani, an Indian billionaire businessman, and the chairman, managing director, and largest shareholder of Reliance Industries Ltd. His estimated net worth is around $90 billion, which makes him the wealthiest man in the country and the 11th in the world as of December 2021. Antilia is his and his family’s home, and it’s the only property he gets to call that.

Then again, we’re talking about a $2 billion building here. Designed by U.S.-based firms Perkins & Will and Hirsch Bedner, and built over the course of two years, Antilia was completed in 2010. It stands 173 meters (568 feet) tall, comparable to a 60-story conventional building, but has only 27 levels because most of them are double-heighted. It’s a family home, but one that comprises a 6-story garage, its own spa, its own temple, three helipads, and outrageous amenities, including quarters for 600 staff.

Situated in the center of Mumbai, India, at a stone’s throw from the infamous slums, Antilia was named after a mythical island in the Atlantic Ocean. It sits on a lot previously owned by an orphanage, whose provenience is still being disputed in court, and is often singled out as the symbol of the wealth disparity in most large cities, and in Mumbai in particular.

To Ambani, it is home, and a most comfortable one, at it. Ambani is a passionate car lover who also happens to own India’s largest private vehicle collection – an unsurprising feat considering he’s also the richest man in the country. So, when he made plans for his dream abode, he made sure to make room in it for said collection, which is believed to number close to 200 vehicles.

In Antilia, he can safely store 168 vehicles inside the ginormous garage that spreads across six levels. The level up next, the seventh, is a dedicated car service station because, you know, when you own this many vehicles, you must have a place to get them fixed at a moment’s notice, if need be.

Ambani is 64 years old, so don’t expect him to show off his cars on social media. In turn, this means that details on this vast collection are scarce, except for the cars he’s been seen out and about it. For instance, every time he leaves Antilia, he does it in an armored vehicle, with his favorite being at one point the Mercedes Maybach 660 Guard. Most of his cars are armored, and he owns several Mercedeses, Bentleys, Rolls-Royces and Lamborghinis; in fact, you can throw in every luxury model name here and it’s almost a safe bet he has it. Legend has it he’s among the first customers to pick up a new model and have it shipped to Antilia from wherever it might be.

The estimate construction cost on Antilia was of $70 million upon completion, but its value is now said to be as high as $2 billion. It offers 400,000 square feet (37,161 square meters) of living space, with the architectural design incorporating elements meant to reflect earth, water, fire, air, sound and light, and symbolizing the ascension to enlightenment. The entire residence is laden with references to the sun and lotus, through furniture and art pieces made of marble, crystal and mother-of-pearl, and no level is similar to another in styling or layout.

Spirituality aside, Antilia is built like the kind of home you never have to leave. There’s a 50-person private temple, a 50-person cinema with separate snack room and wine tasting rooms, an 80-person ballroom with adjacent suites for security personnel, guest suites, an entire level dedicated to a health center and another one for a spa, with several pools, massage rooms, a running track, a gym, an ice cream parlor, and yoga and dance studios. The building even has three large helipads up top with air traffic control facility, but they’re not functional, since Ambani never secured permission for them.

The building features plenty of suspended gardens that serve as a layer of insulation against the heat, and air filtration. Because Mumbai tends to get very hot, Ambani had a snow room built in, where, apparently, snowflakes shoot out of the walls and the temperature never goes above zero degrees Celsius. Aspen is for the poor folk.

Hilariously, despite the incredible dimensions, Antilia only houses six permanent residents, Ambani and his wife and children. We’re not counting the 600 staff quartered on the lower levels; the Ambanis live on the uppermost floors, where they moved in September 2011, after a ceremony meant to drive away the bad luck in the place.

Criticized even by his own peers for his choice to build this monster of a home in the heart of the city, effectively looking out on the slums, Ambani never addressed the issue. Then again, for a man who bought his wife a $60 million Airbus A319 with its own jacuzzi and sky bar as a birthday present, we’d reckon he didn’t take the criticism to heart. 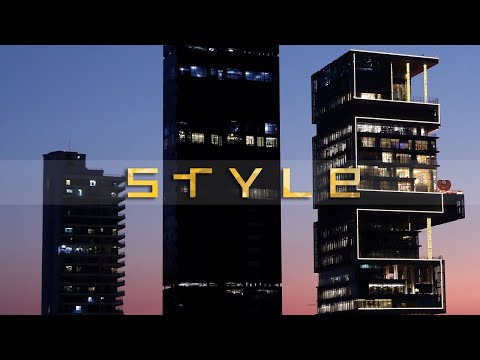