The world of boxing has had its fair share of iconic personalities, ranging from the controlled arrogance of Muhammad Ali to the refrained self-assurance of George Foreman, but it looks like it's about to receive a new face to its hall of fame.
5 photos

Anthony Joshua is a British professional boxer who, on April 29 became the WBA (Super) and IBO heavyweight world champion, while also retaining his IBF title. His fight against Ukrainian Wladimir Klitschko at the Wembley Stadium in London was watched by over half a million viewers in the United States alone, with many more tuning in around the world.

With 19 wins out of 19 matches so far in his professional career, Joshua is entitled to feel quite confident in his abilities, especially since all 19 of them came before time. In fact, asked what he had learned after this last fight, he wittingly replied: "that I can knock out anybody."

But he's actually a really nice kid who takes training seriously and is a very good professional. He said he values mental training as much as the physical one, which might explain (together with his record) why he's always ready to throw a joke or give a smile.

Just before the match, however, Joshua received another impulse, this one coming in the shape of a Land Rover Range Rover prepared by the British brand's SVO luxury branch. Well, make that extra-luxury, as the standard vehicles aren't too shabby themselves.

The customized Range Rover was actually commissioned by Joshua earlier this year, but it came just in time to provide the fighter with a boost ahead of his match. It has a unique exterior color, embroidered signatures in the headrests, special quilted leather upholstery, a bespoke storage space for sports equipment in the back, boxing glove-shaped door handle surroundings, and various other tidbits wearing Joshua's signature.

On the technical side, the Range Rover has received a special suspension tuning resulting in a ride height lowered by 8 mm, while the powertrain has remained pretty much stock with the 5.0-liter supercharged V8 producing 550 hp and 680 Nm (501 lb-ft).

Watch the clip below to see what Anthony Joshua had to say about his new ride, and if the Range Rover seems a little tiny, just remember this guy is 6'6" tall and basically made out of bones and muscle. 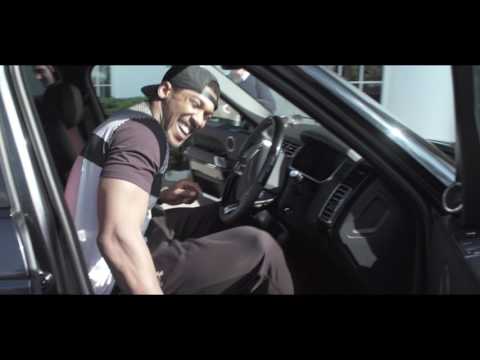