Another Oddity in Jay’s Garage - The Shotwell

Jay Leno shows us one of his collection vehicles, this time being a less known three-wheeler, called the Shotwell.
1 photo
It is perfectly understandable that you have never heard of this car, as it is the only one ever made. As Jay says, it was built by 17-year-old boy Bob Shotwell back in 1931. The story is that he wanted a car very badly, and when he spoke with his dad about this, he said to build his own if he really wished it. And that’s what he actually did.

Bob used a lot of Ford Model A parts to construct the vehicle, including the the front axle, radiator grille and so on. He fitted the three-wheeler with an Indian motorcycle engine that sends all the power to the rear wheel.

Leno received a phone call right from Bob Shotwell himself, who wanted to sell the vehicle when he was about 80-years-old. Jay accepted the trade right away, and as the car was in pretty bad shape, he restored and updated it a bit to function properly. Unfortunately, Bob never lived to see his car working again. 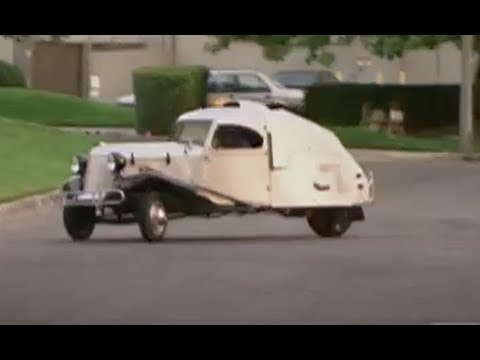