Anonymous Attacks Elon Musk for Crypto Manipulation, Pretty Much Everything Else

Hacktivist collective and decentralized international hacker group Anonymous has a new target in sight, and it’s bound to cause heated reactions from Tesla fans: that target is none other than Tesla and SpaceX CEO, Technoking and Emperor of Mars Elon Musk.
1 photo
The latest video from Anonymous starts in typical Anonymous fashion: this is a message for the citizens of the world and a warning for Elon Musk. You will find it in full at the bottom of the page, but if one were to sum it up in just a few words, it would go like this: Anonymous takes issue with Musk’s dabbling in cryptocurrency, his reported attempts at controlling Bitcoin, and pretty much everything else about him as a person and businessman.

To Tesla supporters slash fans, some of the arguments brought against Musk will ring familiar. They include the fact that Tesla makes more money off Bitcoin and selling green credits than it does by selling cars, Musk’s decision to stop offering the possibility for Bitcoin transactions when purchasing a new Tesla, his upbringing, his desire to colonize Mars, and even the fact that he is not one of the Tesla founders, despite once identifying as such.

As per the video, it seems that Anonymous decided to go after Musk because he laughed off a drop in Bitcoin value by posting memes on Twitter. In general, Anonymous is not ok with Musk’s “trolling” on social media, especially not when it has been shown to influence the stock and crypto market. To Musk, that’s all fun and games, but real people are losing real money in the process. Real lives are destroyed, Anonymous says.

“Your tweets this week show a clear disregard for the average working person,” Anonymous says. “As hardworking people have their dreams liquidated over your public temper tantrums, you continue to mock them with memes from one of your million dollar mansions.”

The group brands Musk yet “another narcissistic rich dude” who is too “desperate for attention” to care about anyone else, and who soaks it all up thanks to his cult following. Musk’s supposed goals of saving the Earth through electric vehicles and ultimately the human race by paving the way for space exploration are dubbed the consequence of his “superiority and savior complex.” They are not fueled by “actual concern for humanity.”

The video ends, again, in typical Anonymous fashion: now that the warning has been sent out, Musk is to “expect us.” Anonymous has previously taken on PayPal and the Church of Scientology, was one of the forces behind the Occupy Wall Street movement and the George Floyd protests, and got involved in the Epstein case. But Anonymous never went up against such a reputable adversary as the Tesla “fanboys,” as the group calls Musk’s supporters. 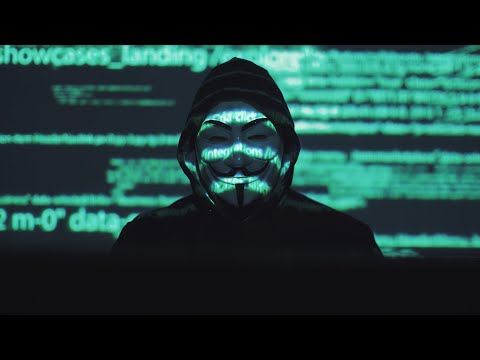