AAAnarchy: Crude Oil Falls Below $78 Due to Recession Fears 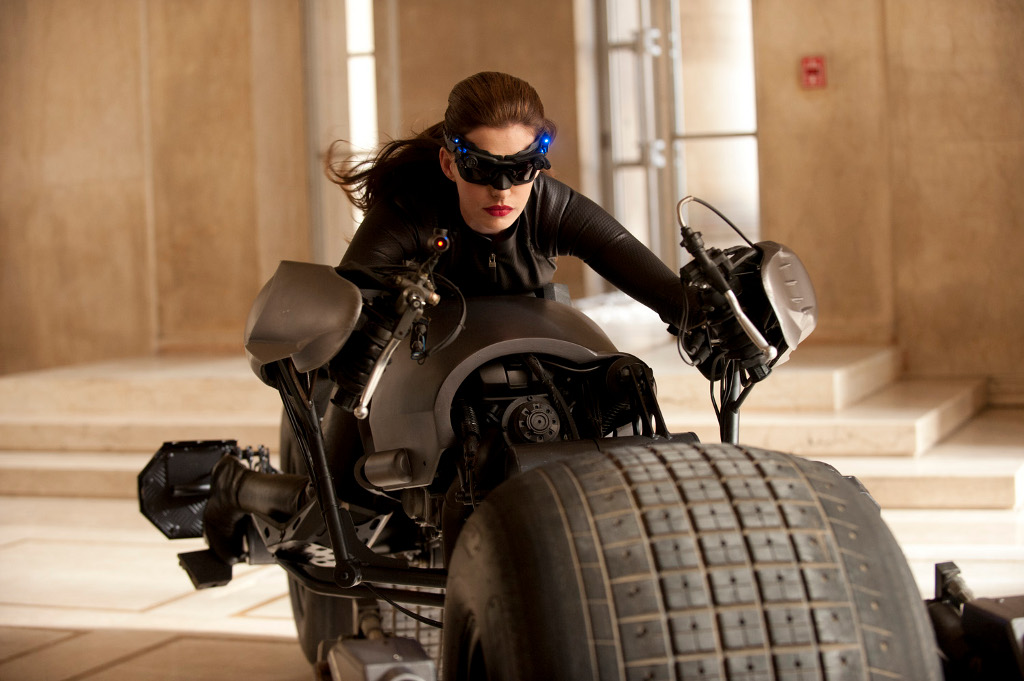 We haven’t got the time to get used to the idea of getting to see Anne Hathaway as Selina Kyle or Catwoman in the upcoming Batman installment, ‘The Dark Knight Rises’, that we get slapped in the face with the first official photo confirming that all those rumors are true.

Thanks to Warner Bros we have a clear image of Hathaway on the Bat-Pod motorcycle, wearing a pair of high tech shades, an all-black leather suit, and looking ready to kick some ass.

While we might not be used to this badass babe look, we must admit we find it quite fitting for Hathaway, who has so far accustomed us with the good girl roles. What really made it hard for us to imagine was Catwoman’s history of abuse and stripper job. But we guess it was about time for Hathaway to make a change.

Truth be told, we cannot imagine a Catwoman without a mask, but rumors state she will be wearing a cowl at some point. Also, what side is she really on, because it looks that she actually steals the Bat-Pod. But we’ll just have to wait and see.

The action movie is going to be released in theaters across the United States in the summer of 2012. Christian Bale is going to reprise his role as Bruce Wayne/the Dark Knight, and Gary Oldman comes back as Commissioner Gordon.