1 Android Auto Updated With a Feature Everybody Will Love, Few Will Actually Get

While the adoption of Android Auto in modern cars is on the rise, Android Automotive is Google’s more ambitious bet in the automotive industry. That's because it allows the company to offer full integration with its services without the need for an Android phone.
8 photos

However, few carmakers embraced Android Automotive until now, with Polestar and Volvo the biggest two names to offer this platform in their cars. But now, it looks like the upcoming 2022 Hummer EV will come with Android Auto, too, as the company confirmed at the Google I/O 2021 event that customers would be provided with built-in Google services.

What’s more important, however, is that Hummer is putting its own skin on top of Android Automotive, so the overall experience might seem to be different from the one on Polestar, for example. But it won’t be, as the underlying services would be pretty much the same, with Android Automotive in charge of everything in the car.

In other words, it’s the same operating system with a different look, as Google does allow carmakers to customize the interface of Android Automotive OS according to their own requirements.

The feature arsenal that Android Automotive brings to the 2022 Hummer EV includes everything from Google Maps navigation and access to the Google Play Store to voice commands so you can use everything hands-free.

The experience is as straightforward as possible, as demonstrated in the video below. Google Assistant makes it possible to set up navigation, see nearby charging stations, control the music playback, and play a podcast with just a voice command. 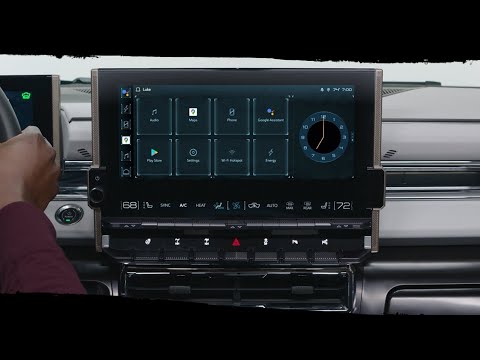