1 Google Killed the Best Android Auto Music App, And Its Replacement Is a Mess

3 Android Auto Apparently in a Coma on Some New Phones

4 Should YouTube Stay Banned on Android Auto and CarPlay?

5 Google Needs Help to Fix the Android Auto Error Nobody Can Explain
Car video reviews:
Up Next

It’s not a secret that the experience with Android Auto needs more polishing, but every once in a while, users out there come across glitches that make absolutely no sense at all.
6 photos

This is the case with a recent report that signals a new problem on Android Auto, as some users discovered the app is becoming extremely laggy even on high-end phones that should offer top-notch performance from one end to another.

Posts on Google’s Android Auto support forums reveal that the glitch is occurring even on new-generation cars with new Android smartphones like the Samsung Galaxy S21.

At this point, Samsung Galaxy S21 is one of the best Android phones on the market, as it’s considered the South Korean company’s flagship model and a rival to the iPhone.

And as it turns out, Android Auto suddenly becomes painfully slow in some cars, even when it’s powered by this Samsung Galaxy S21, with videos published online confirming this makes the application overall impossible to use.

What’s worse is that users have already tried pretty much all the common workarounds out there, including several cables, factory resets, and various phone settings. Furthermore, these users claim that switching phones, sometimes to much more affordable models, does the trick and allows Android Auto to run properly on their head units.

At first glance, this seems to suggest there’s a compatibility problem between Android Auto and the head unit itself, as the glitch only occurs on the Galaxy S21.

Unfortunately, nobody knows for sure what exactly happens and how they could resolve it, and given neither Google nor Samsung commented on the whole thing, the only option is to just try as many unofficial workarounds as possible.

In some cases, changing the phone is the only way to restore Android Auto, so if you also have another Android phone laying around, you should just use it until a full fix is finally released. 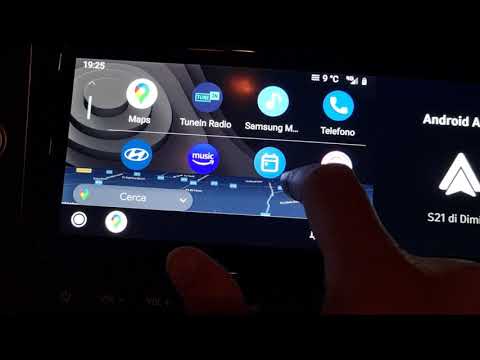