An In-Depth Look at How BMW's EfficientDynamics Works

Gabriel Nica
Let's face it: we can't go on living like this anymore. It's not that the resource consumption per capita has increased at a global scale but it's simply because we're just too many for this planet to support us all. Since some resources are limited *cough* petrol *cough*, we have to look somewhere else for viable solutions for mobility issues.
47 photos

The world is currently focused on electricity, even though some heavy names claim that this is not the solution. We won't go into details as to why they are right or wrong, we'll just take the situation as it is and carry on, just as BMW did. 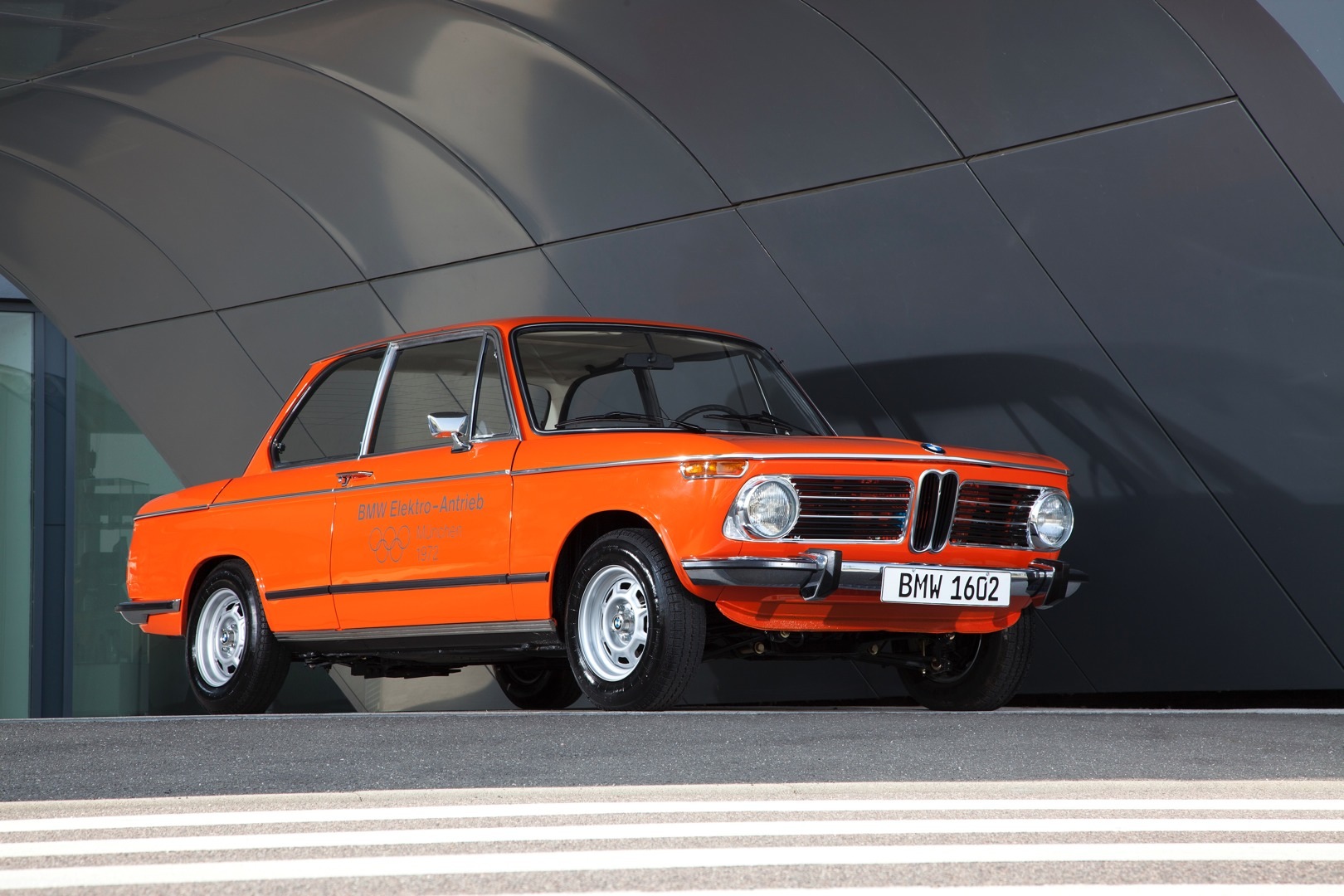 Believe it or not, electric cars are not a new thing over at BMW. Their first electric car was manufactured back in 1972 and revealed at the Munich Olympic Games. Based on a BMW 1602, that car has 350 kgs (771 lbs) worth of lead batteries onboard and a range of just 60  km (37 miles). Legend says that the range was calculated to be just enough for the car to reach the stadium where it was set to be unveiled from the BMW headquarters. 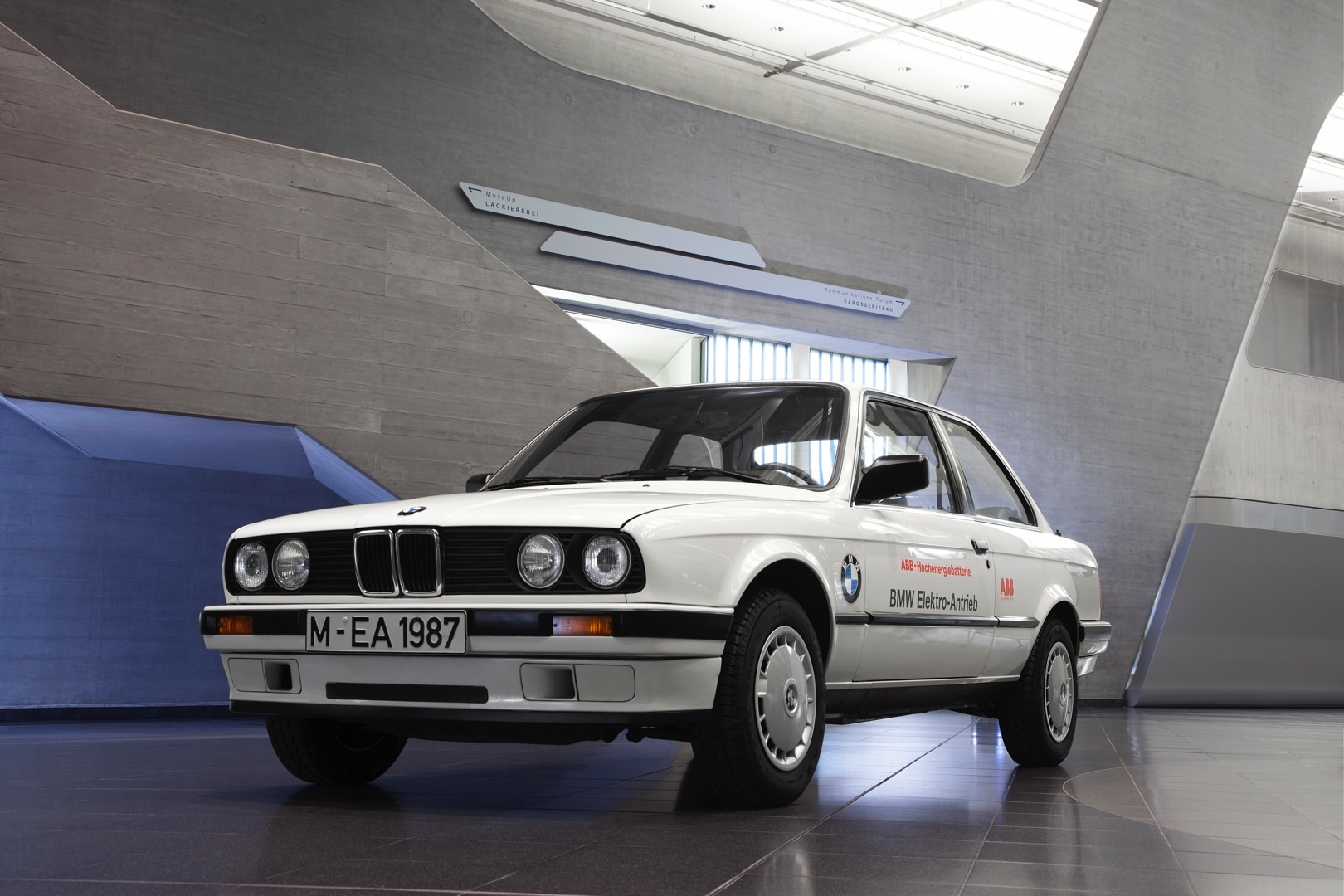 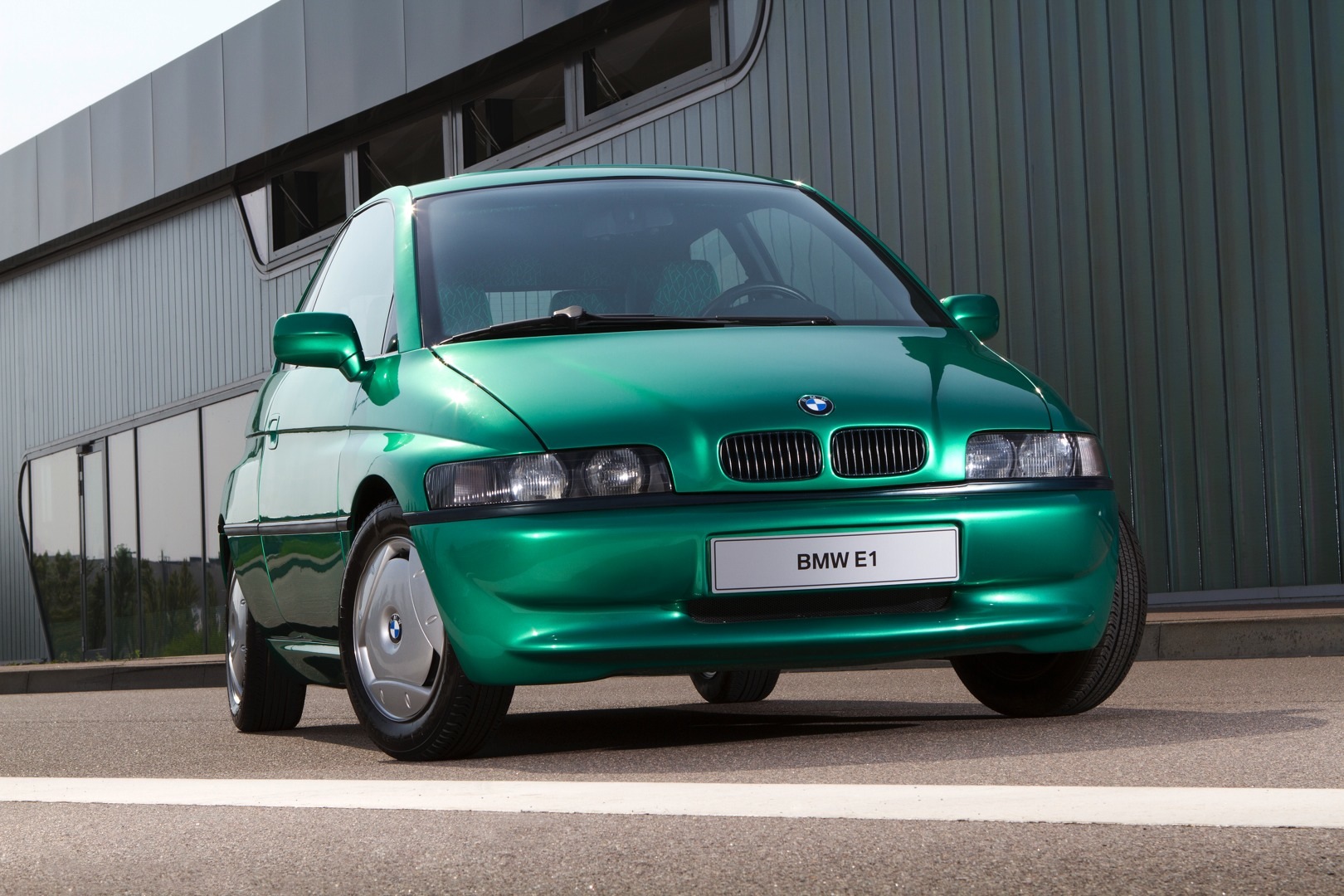 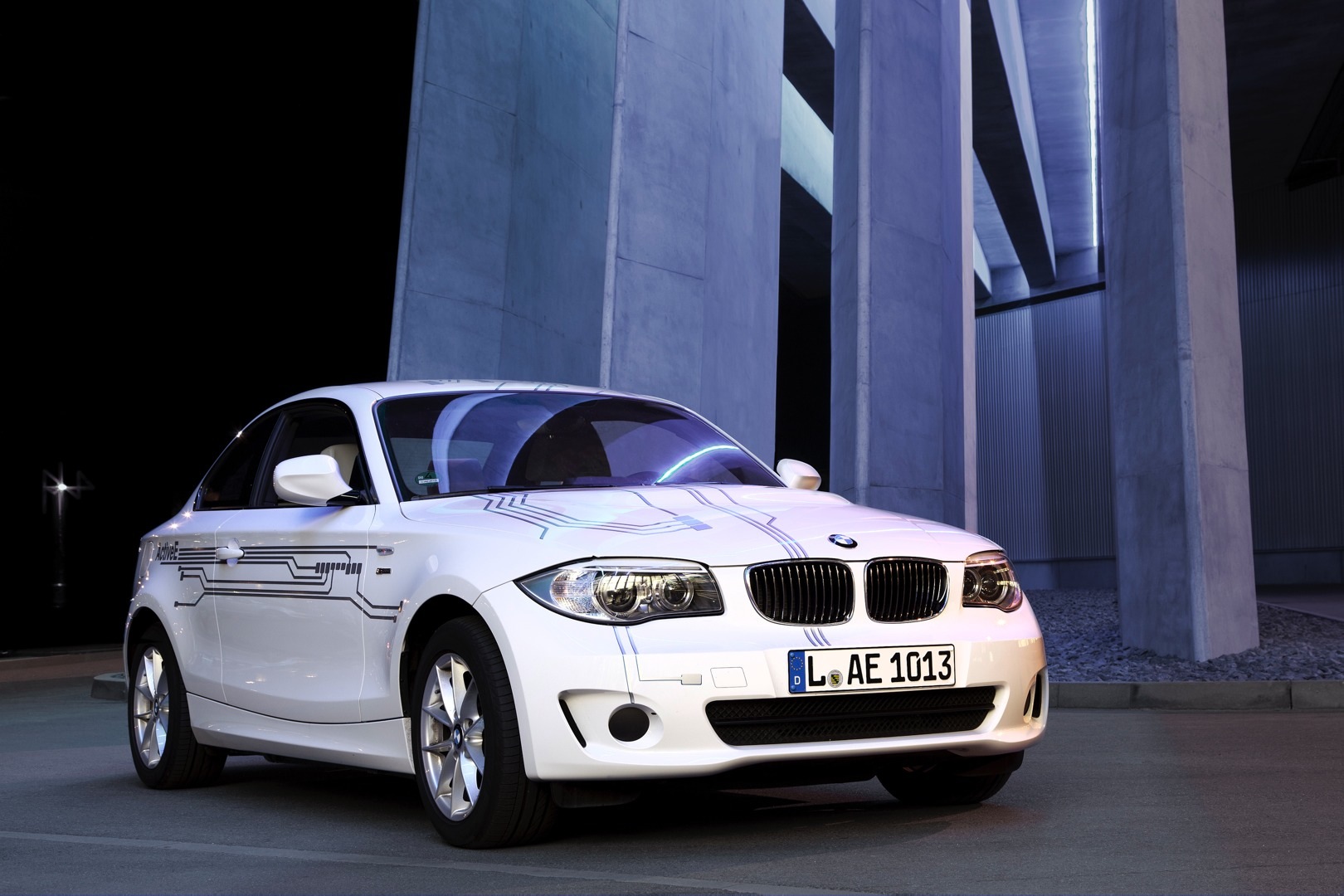 But the electric part of the i3 is just half the story. The EV is made of the Life Module and the Drive Module, out of which only the latter is concerned with electricity. All the advancements and breakthroughs in the electrified vehicle's field would mean nothing if the energy would be dissipated absolutely at random.

That's where the almighty EfficientDynamics principles step in. Even though the term is rather new in the automotive lingo, the technologies used and the research in the field of reducing fuel consumption began a long time ago, with the legendary BMW 303. That was the car that used an innovative chassis that was made up of tubular side members and box-section cross members alongside the front kidney grille for the first time in BMW's history, all in the desperate attempt to lower the weight and create a more aerodynamic car that would take up less fuel. Sounds familiar? 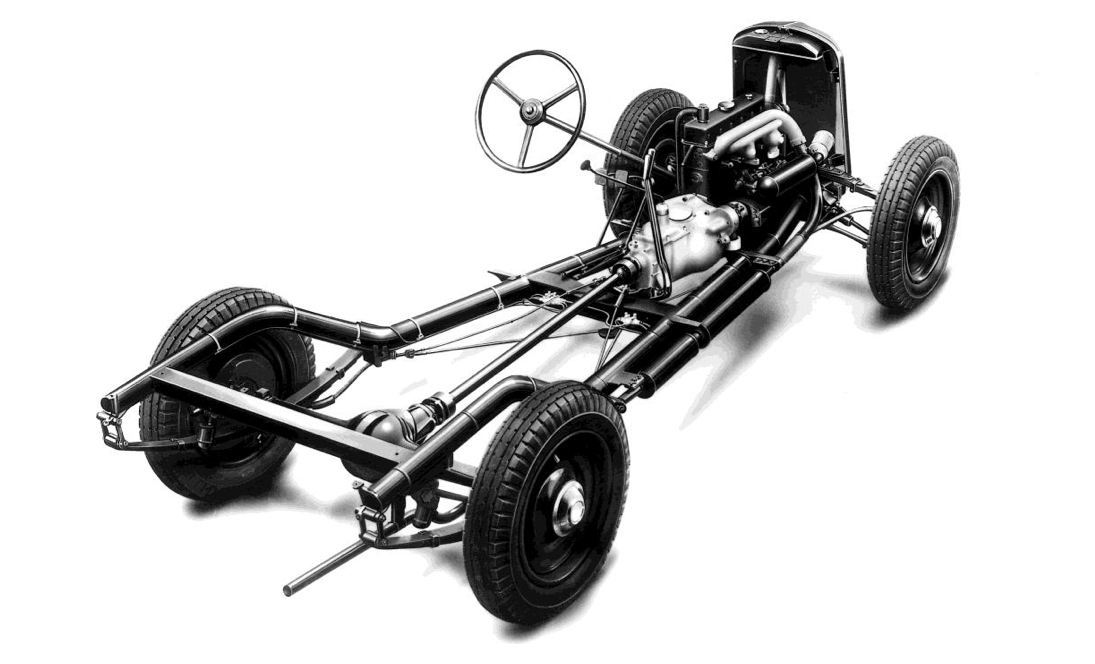 The same principles were then introduced in all models that followed because the worked. The 502 model added even more innovation to the mix, in the search of the same ultimate goal. This one had the world's first engine made of light alloys and paved to way for cars using carbon fibre in their chassis, such as was the case with the BMW E36 M3 CSL, the first car in BMW's history that used carbon fibre on a large scale.

All these efforts (the electric part and the lightweight part) led to what we call today EfficientDynamics. This term doesn't define one specific feature or a specific part fitted on a car, it symbolizes a range of functions that work together to bring down the emissions and the fuel consumption of BMW automobiles.

Some of them come as stock on various models. Features like the air breathers (slits on the front fenders that decrease the drag coefficient), air curtains and the VANOS and VALVETRONIC technologies are all stock on various cars. However, other features like the Driving Experience Control and auto Start-Stop function might cost you extra on certain models. That's why it's hard to define what EfficientDynamics means in a conventional way.

However, in the future we'll be seeing more and more of these features become standard on almost all BMW cars. That's because the legislation will change over time and we'll have to use cars that take up less conventional fuel than before. In this regard, EfficientDynamics' principles are already giving BMW a head start.

Apart from all the gizmos fitted around the car that make it more aerodynamic and lighter, BMW engine are optimized to deliver the best performance with minimum fuel consumption. This process began more than 10 years ago when VANOS was introduced, a system that regulates the valves so that the optimum amount of fuel is used, depending on the car's needs.

Over the years, VANOS and VALVETRONIC evolved and now we're entering an age where naturally aspirated engines are about to go extinct in BMW's line-up, being replaced by what the Bavarians like to call TwinPower Turbo units. The term defines a combination between direct injection (or High Precision Injection for petrol engines) and Common Rail (for diesel units) injection with control of the air delivery through the variable geometry turbines and VANOS and VALVETRONIC systems.

The TwinPower Turbo technology will be used on every engine from now on, including the new 3-cylinder family that uses 1.5-liter blocks. This new engine family is based on optimized cylinder block that are conceived for thermodynamic efficiency, continuous, silent operation and superior driving experience.

After years of research, the BMW engineers came to the conclusion that the 500cc displacement for a cylinder offers the perfect balance between acoustics, vibration, efficiency and friction an engine needs to be performing properly. That's why the individual displacement of cylinders in the future, under the EfficientDynamics badge will be of 500cc.

Another innovation in this field, also discovered and used under the ED badge is the rear active spoiler. This feature was introduced for the first time on the 3 Series Gran Turismo and si meant to reduce the drag coefficient at higher speeds with up to 2%, therefore further reducing fuel consumption and improving balance.

Since we're talking about aerodynamics, we should also mention the front air breathers again, a feature more and more common these days. What it actually does: at low speeds, flaps situated in the front bumper are closed which lets the engine reach optimal temperature easier and improve the drag coefficient. As speed increases, these flaps open gradually to cool down the engine (that by now reaches higher RPM) and improve the aerodynamic flow once again.

One of the most important parts of the EfficientDynamics concept is weight reduction. BMW has been accused lately that their cars are heavy and therefore less enjoyable than before. It's true, a 5 Series, for example, is now tipping the scale at around 1,800 kg (4,000 lbs) and more weight to carry around means more fuel is burned.

In order to address this issue, BMW developed the so-called Carbon Fibre Reinforced Polymer that makes up almost the entire Life Module in a BMW i3. This new material is now being produced on an industrial scale, thanks to BMW's research, it has almost the same resistance as conventional steel and weighs over 50% less.

Not only that but CFRP is also being built using renewable energy, therefore further reducing the environmental impact it has. In the i3 manufacturing process, for example, the Bavarians are using 70% less water and 50% less energy than in the case of a conventional automobile. The range of applications for this material is immense. It can be used almost anywhere.

Carbon Fibre usage is not the only weight reducing material used in the EfficientDynamics ideology. Other light materials are also used, like magnesium, light plastics, lightweight bolts and even Gorilla Glass, a special kind of glass that is lighter than usual and has better noise canceling properties.