1 Outrageous Castle Is Its Own Artificial Island With Moat, a Boathouse and 6-Car Garage

4 Mark Wahlberg’s $87.5M Mega-Mansion Is Ready for the Next Rich Gentleman (and His Cars)

Depending on who you ask, the “dream” home can be anything, from a first, bug-infested, small rental apartment to a tiny home with serious eco-credentials, or a palatial mansion. If you have over $500 million in the bank, like the Siegels do, the “dream” home is nothing short of breathtaking. Non-existent, but breathtaking.

This is Versailles, the Florida mega-mansion of such an impressive scale that, when completed, it will become the largest single-family home in the country. It will also be one of the most expensive and outrageous pieces of premium real estate.

Candy Spelling, take a seat in the back. Jackie Siegel, the woman who has come to be known as the Queen of Versailles, is out to top Spelling’s achievement with the Candyland mega-mansion with Versailles, which also happens to be one of the most controversial projects of modern times. Designed to offer every luxury imaginable, from a gigantic garage and several pools, to a Benihana restaurant, video arcade and gilded ballroom, it’s been in construction on and off since the Siegels bought the land in 2000.

Versailles is back in the news these days, as Hurricane Ian is leaving Florida and, in the process, leaving a trail of destruction in its wake. This includes over $10 million in damages to the mega-mansion, which Siegel made sure to document on social media. She’s since deleted the videos, presumably after she was criticized for being tone-deaf when others have lost their lives and livelihoods, but the bottom line is that Versailles, one of the most ambitious real estate projects of recent years, is stalled again.

Located in the gated community of Lake Butler Sound in Orange County, Florida, Versailles is inspired by the Palace of Versailles in Paris, in both design and size, as its name implies. Siegel, a former model turned entrepreneur, is married to millionaire Westgate Resorts founder David Siegel, who is worth over $500 million as of the time of press, and is the main force behind the project. She says it’s a present for her husband: the perfect, dream family home, regardless of how much it might cost or how long it would take to build.

If you’re into mega-mansions, then Versailles is perfection, if only in theory for the time being. Spanning over 90,000 square feet (8,400 square meters), it has three floors and the most insane amenities you’re likely to come across in any other piece of property. The garage alone would hold over 35 cars, all of which would be from the family’s personal fleet. There is also a vast motocourt that would come in handy whenever the Queen “holds court” in her 1,000-person ballroom with $100,000 carpets and golden moldings on the ceiling.

The entire lower section is for entertaining only. There’s a British pub that’s been shipped complete from England (just make sure you don’t drink and drive), a two-story movie theater with a private terrace, a wine cellar and tasting room, and an exotic fish aquarium. In total, the mansion has some 15 bedrooms, 10 kitchens (including one called a Morning Kitchen, because wealth apparently brings the need for kitchens dedicated to each part of the day), five pools in total (three inside and two exterior), a formal garden, two tennis courts and a full-size baseball field, a formal dining room that can hold a party of up to 150 people, and a teenager’s cave. And that’s just the icing on the proverbial cake.

Versailles broke ground officially in 2004, but Siegel started planning for it long before she bought the land in 2000. It’s been over two decades of planning and undoing of the same plans, and the gigantic construction is still far from complete. Having already spent an estimated $100 million on it so far, Siegel is now looking at another delay, as she deals with the aftermath of Hurricane Ian. Previous delays included the 2008 financial crisis, her daughter’s sudden death in 2015, and the 2019 international health crisis.

“Everything [inside] is a piece of art,” Siegel said in an older interview, when construction on the mega-mansion had resumed (and she’d just landed a third TV deal to document it). “This is more than a home. This is a palace.”

When Versailles is complete, it will become the one family home to offer the kind of amenities you’re likely to find at a five-star resort, from entertainment to relaxation, sports and automotive storage. No one knows for sure when that might happen, but its Queen is not losing hope. As long as there’s money in the bank, there’s a way. 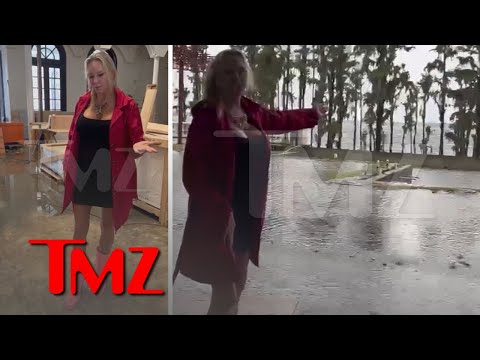 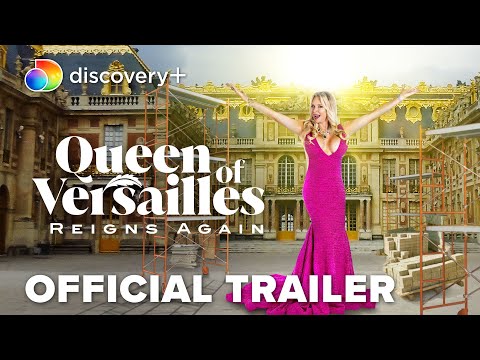 It’s been a rough week here in Florida, and I know so many people have lost so much more. Grateful that we’re safe. ??

Praying for all those affected by #HurricaneIan. ????????https://t.co/rrF5bDCRsi