While a lot of people love to fix up old cars, some prefer to do that with boats. You wouldn’t expect one of them to be a college student, but that is what happens when you grow up with a dad who was willing to teach you a thing or two about sailing. Kelsey Bonham, a young girl from Maryland, put her whole heart into renovating an old boat, then sailed away.
11 photos

We’re witnessing times where more and more folks of all ages want to experience the freedom of traveling and living anywhere they want. One of the positive consequences of the current health crisis has been that some people finally got the chance to focus on their plans on a dream project. For young Kelsey, an American college student, that chance came when her campus was first closed because of the pandemic. She went back home, determined to find a boat for an adventurous sailing trip.

That boat turned out to be a 1971 Dutch Seahawk 31 ocean cruiser, which was then named Little Wing. Together with her father, Kelsey embarked on the journey of transforming the 1971 boat into a seaworthy vessel.

That was no easy task, especially because it was a steel model. Kelsey had experience with wood and fiberglass models, but one that was made entirely out of steel came with certain drawbacks. It needed a thorough paint job so that it would not rust, and the young sailing expert said she hopes the new paint will last for the next decade.

Its original diesel engine, which had rusted, also needed to be replaced. The interior was also completely redone so that it would be suitable for living. In a recent interview, Kelsey was proud to announce that she had been at sea for 100 days on board Little Wing. She admitted that living at sea, even temporarily, is a real challenge and that repairs “are never ending.”

Even she hasn’t gone as far as others who have permanently swapped their homes for a floating dwelling, Kelsey can still say that she had a taste of off-grid living – something that a lot of folks are dreaming of. 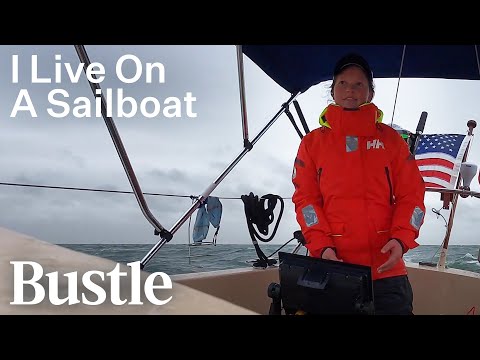