Just because things didn’t work out with someone is not a good reason to ditch a good car, especially if it’s a Tesla. Just ask Amber Heard.
7 photos

The Aquaman actress dated Tesla CEO Elon Musk for almost a year, starting in mid-2016, after filing for divorce from fellow actor Johnny Depp. The romance might have been brief by regular people’s standards, but in showbiz, a one-year relationship is a solid one. During this time, Musk gave Heard at least one, if not several Teslas as presents, as court documents would later reveal.

You don’t have to enjoy celebrity gossip to dig this story: according to the Daily Mail, Heard still has the Tesla (or one of the Teslas, if you believe reports she was gifted several of them). Moreover, she still uses it as her daily, having stepped out in Los Angeles the other day to run errands in it. “Wash that man right outta your hair,” the song goes. “But keep the car,” we might as well add.

Amber Heard is a passionate car collector, so perhaps the fact that kept and treasured a vehicle is not surprising. Unlike most celebrities, she actually loves the cars she collects, and the best example is her “ride or die” “baby.”

She once said she spent “all [her] money” on cars, especially classics, but her favorite was always the 1968 Ford Mustang she arrived in Los Angeles in. It’s the car most associated with her, and with good reason: she always gushed about it, posted about it on social media, and even featured it in photoshoots with her.

Originally in matte silver, the ‘68 Mustang proved a money pit, especially at a time when she didn’t have too much of it because she was just getting started in the industry. In 2015, on the final episode of Overhaulin’, then-husband Depp and her father staged a prank around the car, which she’d owned for 12 years. They tricked Heard into thinking the Mustang had been stolen for a fourth time and then told her that it had been taken in for a full overhaul.

As you can see in either of the videos below, the sight of her beloved Mustang, now in cherry red paintjob, was enough to send her crying. 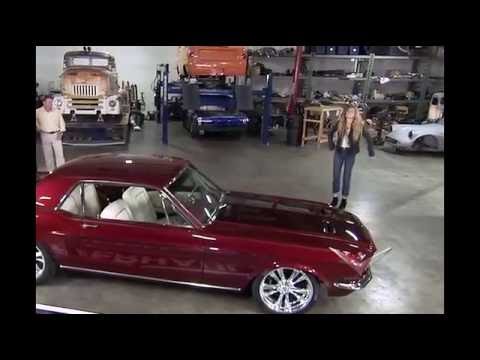 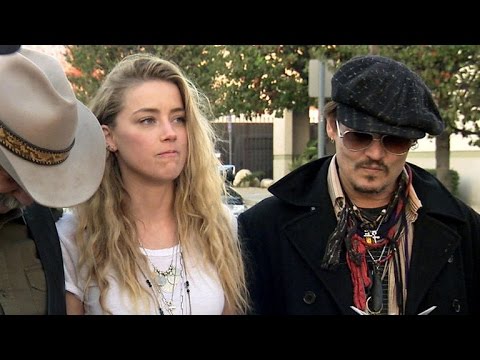 Amber Heard still drives around in the Tesla ex-boyfriend Elon Musk gifted her back when they were a couplehttps://t.co/1VXVHHskpE

Editor's note: Photos in the gallery show Amber Heard with her "ride or die" '68 Ford Mustang.