3 Ferrari Consider Alonso for the Future

4 Briatore: Alonso Better Than Schumacher When on Pressure
Car video reviews:
Up Next 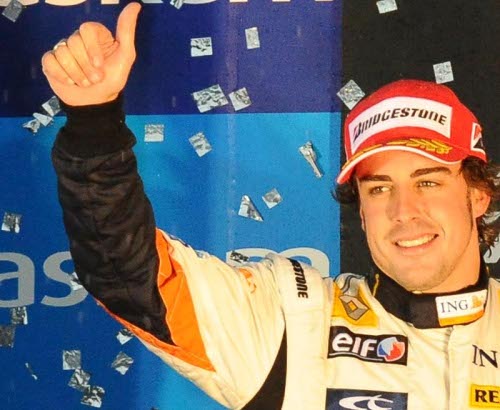 Lewis Hamilton and Felipe Massa might have taken the title fight to the last corner in 2008, but it was Fernando Alonso to take all the glory. And it's not us talking, nor the Spanish newspapers, but the Gazzetta dello Sport. The famous Italian sports newspaper have listed their own Top 10 F1 drivers this year, and Alonso comes first.

“Why Alonso? Because he has takes a Renault drive in 2008, a car that did not start as a favorite in the season. But after closely guiding his technical staff throughout the season, he soon turned his car to a point that he didn't just win 2 races in the second part of the season, but scored more points than any driver in the last 6 races. The true tell of a champion is when he's driving bad cars. Alonso boosted bis team, bringing back pride to his team and to the sponsors,” Gazzetta dello Sport argued.

The Spaniard started off 2008 with a great 4th place in Australia, but then had to pay tribute to a very poor-developed Renault car. However, he worked closely with his mechanics and, by the mid-season, managed to constantly fight for podiums. He won back-to-back races in Singapore and Japan and managed to climb all the way into 5th place at the end of the season.

Second overall was Lewis Hamilton. Despite winning the championship in a McLaren, the British driver was granted the runner-up spot because be clinched the world championship at his very second attempt. “We didn't like his defensive driving in Brazil, but other than that he has managed a wonderful season. More, he won the title despite the FIA decisions against him throughout the season,” continued the article.

Last on the podium was Felipe Massa, worthy F1 runner-up last season, who managed to recover from a very poor start – point-less in the first 2 races of 2008 – and get into the title fight by the mid-season. “He has outscored Raikkonen and fought Hamilton showing no sign of frustration. He improved himself the most out of all the pack of drivers in 2008,” continued the Italian journalists.