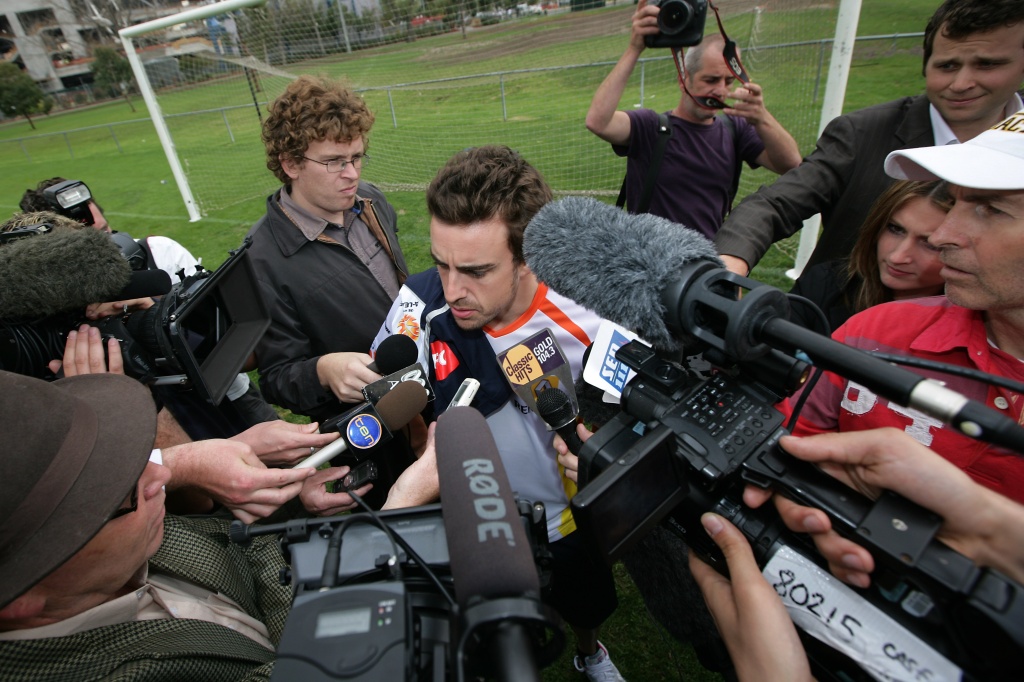 It is believed that the double world champion will have to submit to a pay cut of approximately 1/3 of his former salary ahead of the 2009 season. As announced by Renault's boss Flavio Briatore the other day – when talking to Italian magazine “Chi” – both drivers of the Enstone-based team will have their paychecks reduced for 2009.

The report soon started to create controversy within the international media, as the main question undoubtedly remained “How much will this affect Alonso's paycheck?” The Spaniard was believed to be one of the best paid drivers in Formula 1 – alongside Lewis Hamilton and Kimi Raikkonen – so it was only natural for people to ask themselves if he is to lose that status within the F1 paddock or not.

According to British tabloid The Daily Mail, Alonso will be making some 5 million euros less in 2009, as compared to last season. That means he'll earn approximately 8 million euros a year as part of the new agreement. Both him and teammate Nelson Piquet have agreed to the new figures, although the latter was already known as having some of the lowest contractual rates from all current drivers.

However, Briatore insisted that the two drivers are not the only members of the team to have agreed to salary cuts ahead of the new season, as all members of the personnel have done the same. Nevertheless, the team still had to shed approximately 50 jobs in the wake of the new F1 changes, as some departments – testing, aerodynamics – have become overpopulated as a result of the in-season testing ban ratified by the FIA last year.

“"Fernando has had a salary cut, like everyone at the factory. It is sad but we were in a bubble in F1 and now to preserve the business and the majority of the jobs we need to take action,” said Briatore in an interview for the Daily Express.