Allmendinger Blames Himself for Pocono Crash 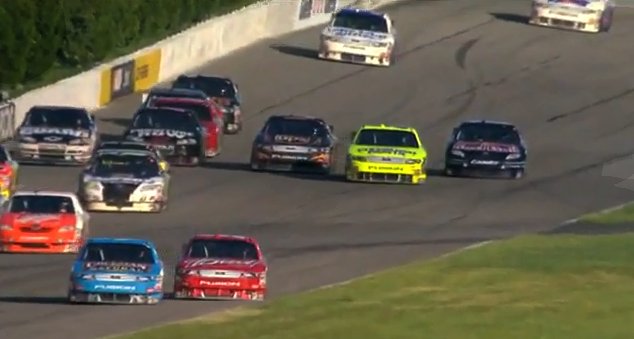 As the cars were speeding towards the finish line in the final lap of the Gillette Fusion ProGlide 500 Sprint race at the Pocono Raceway, team mates AJ Allmendinger and Kasey Kahne took the fight for the same spot to a whole new level.

As Kahne was trying to overtake Allmendinger by going hard and low on the inside, the latter thought best to try and block him. This maneuver resulted in Kahne getting on his car on the grass, soaked after the storm earlier in the day.

The combination of hot tires and wet grass sent Kahne's uncontrollably across the track, right in front of a pack of NASCAR racers. Kahne was almost immediately hit hard by Mark Martin. By the time it was all over, the car's of Greg Biffle, Jeff Gordon, Marcos Ambrose, Ryan Newman, Elliott Sadler and Martin Truex were laying helpless an wrecked on the track.

"I don't know what Allmendinger's deal is," said Greg Biffle according to Autosport. "He totally caused that whole thing. If he is driving that blue car with the 43 on 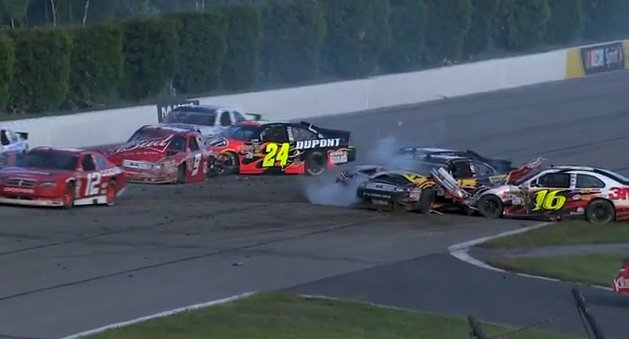 the side that put Kasey into the grass then yeah, it is on him. He ran him down on the grass."

"You can't run a guy down on the grass. You can't run your teammate down onto the grass. That is horrible. He could have backed out of that before he put him down like that."

After taking heat from all the drivers involved in the crash, including Kahne, who warned "I don't ever really talk to him much, but you can bet I will be talking to him this week," Allmendinger stepped forward and bluntly said: "my bad"...

"I am not really sure what happened," he said. "Kasey had such a run on me and I went to defend. By the time I defended he was in the grass. That is my bad. I feel bad about that, I really do. It is what it is though."