All-New Opel Insignia Coming in 2022, Based on Peugeot Platform

Opel is currently testing a mid-life facelift for the second-generation Insignia models. Once those are ready, the development team will get to work on an all-new model which will be launched 3 years from now.
1 photo
The Insignia successfully replaced the Vectra and have the German automaker a new mid-size model, not to mention underpinning its Buick sister car the Regal. However, the second model arrived just when the sedan market was shrinking and didn't leave a lasting mark.

But now the French automotive group PSA, the same company that makes Peugeot and Citroen, owns Opel/Vauxhall. Using the EMP2 platform, they plan to introduce a new Insignia in 2022, according to this video report from Auto Bild.

Mostly, it's about how they will change the design, with a front end that connects the extra-wide grille to bold headlights, a bit like the recent concepts. It's very 2022, so check it out. In any case, the report seems to state that the GSi mildly-hot model will be joined by a shooting brake rather than a traditional wagon. This makes sense, considering the practical version of the Insignia is almost too practical and could do with some glam.

The engines will all come from Peugeot and would include 1.5 and 2-liter turbocharged units in both gasoline and diesel formats. A plug-in hybrid using tech from the recent 508 is also planned. But frankly, this is all stuff we expect from the Insignia facelift, not the new model. By 2022, the engine range should be geared towards EVs, as the technology has already made its way to the humble little Corsa.

Frankly, there's only so many ways to cook a potato. And last year, the Opel/Vauxhall flagship managed only 67,400 sales in Europe, about half the volume from 2009 and significantly less than the automaker's crossovers. Sure, fleet customers will always exist, but they can afford a BMW or Mercedes. 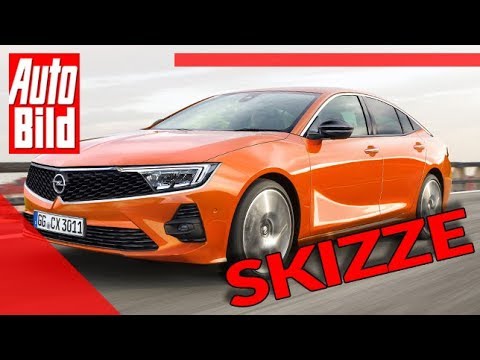