5 Laid Out Rolls-Royce Phantom Floating on 24s Is American Bespoke at Its Finest
Car video reviews:
Up Next

Designer of the 1,817 Horsepower Hennessey Venom F5 Hypercar Walks Us Through its Design

The company’s CEO, Torsten Müller-Ötvös, has seemingly teased the entire world to the way he intends to keep the promise of seeing Rolls-Royce “go electric, starting this decade.” It’s going to happen soon enough, from late 2023.

If anyone ever thought it was going to be an apocalypse when automakers like Rolls-Royce go outside their comfort zone, they had better look away from the Cullinan and Spectre. After all, neither Hell froze, nor the ultra-luxury brand’s sales dropped. Actually, they soared to new heights.

And if anyone thinks for a single moment this approach will fail, well, guess again. According to Automotive News Europe, the CEO even says Rolls-Royce's age bracket has further extended... downwards. That means the British automaker now has the youngest clients among all BMW Group brands – even MINI.

And with the average now being just 43 years old, it makes sense for Rolls-Royce to push into new territory. After all, the “House of Luxury” is now pushing in every direction, as long as it’s expensive and posh. So, why not give Tesla a run for its electron-sipping money, just as one of the founding fathers predicted way back in 1900?

Rolls-Royce's first official foray into electric powertrains kicked off back in 2011 when the company presented its experimental Phantom 102EX prototype. With just a pair of electric motors, the luxobarge had a tiny amount of power according to Plaid EV standards of today: a combined 389 hp.

That idea was followed in 2016 by the 103EX, which was much more experimental-looking. The futuristic design and huge dimensions showed that Rolls-Royce was serious about going into EVs, which is going to become a reality during the last quarter of 2023.

Until then, we can all scratch our heads as to what the Rolls-Royce Spectre looks like. It’s a coupe, that much is clear. But the company doesn’t see it as a Wraith successor, just its replacement. So, instead of just taking out the oily bits and giving the Wraith a few electric motors and a hulking battery, this is an all-new vehicle from the get-go. Or so they say because there’s a lot of time from now until late 2023.

Hopefully, Rolls-Royce will peel off the camouflage one layer at a time and give us the full rundown of the technical specifications ahead of the official series-production introduction. Right now, the camouflaged prototype is probably just a neat way to look both into the future and the glorious past.

After all, during the teaser reveal, the CEO mentioned that it was the most important day in Rolls-Royce history since “Charles Rolls and Sir Henry Royce, our founding fathers, first met and agreed that they were going to create ‘the best motor car in the world’.” As a further reference, the head honcho also gave us a little history lesson.

It seems “the use of electric motors is not a new concept for Rolls-Royce. Sir Henry Royce was fascinated by all things electrified, and his first venture (...) created dynamos, electric crane motors and patented the bayonet-style light bulb fitting.” But that’s not all, because in April 1900 Charles Rolls was intrigued by an early electric car and gave out an interesting “prophecy.”

According to Rolls, “the electric car is perfectly noiseless and clean. There is no smell or vibration, and they should become very useful when fixed charging stations can be arranged. But for now, I do not anticipate that they will be very serviceable – at least for many years to come.” Spot on, if he really gave this exact speech.

Well, it seems that the future is coming in two years for Rolls-Royce. With BMW bits and pieces – like electric motors and batteries – most likely. Although perhaps the Goodwood-based brand will feel it’s a clever idea to strike out on its own to make sure the fat paychecks are eagerly signed... Anyway, we’re waiting for what comes next with massive interest! 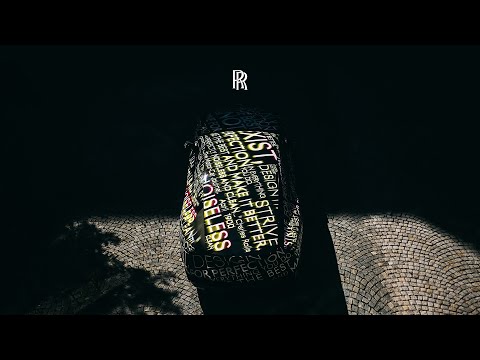