1 Unmanned Helicopters for the War on Terror

3 USS Independence, the Navy's First Trimaran
Up Next

Algae Gunboat Tested by the US Navy 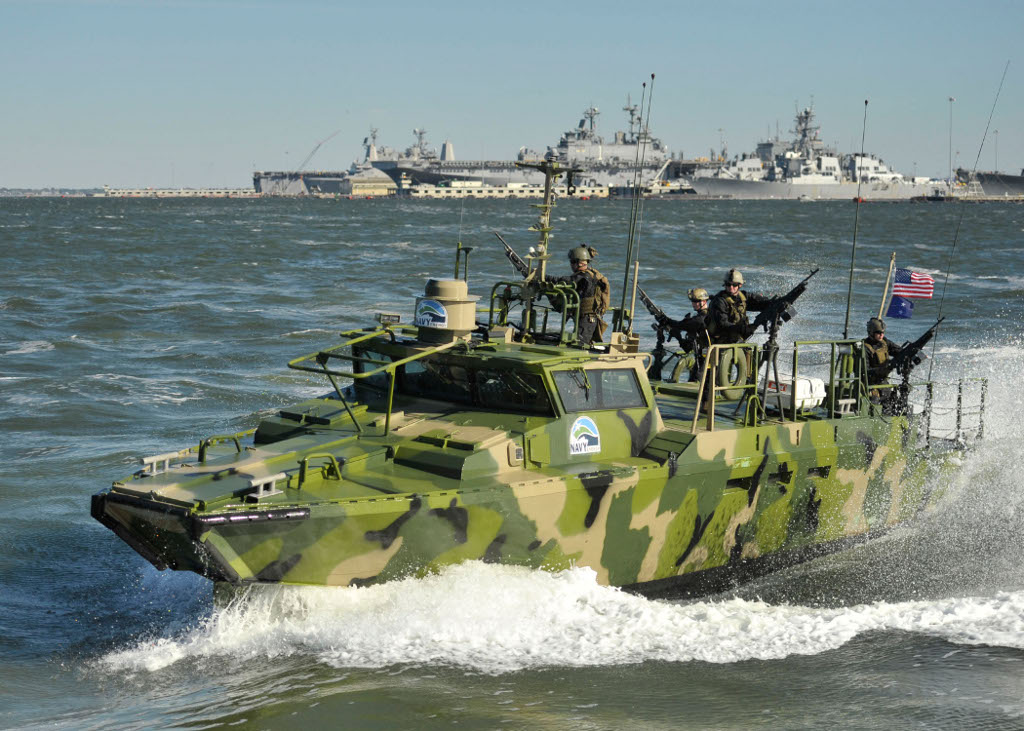 War is a messy business, but this doesn't mean it necessarily has to heart the environment too. We've seen so far several attempts to manufacture hybrid tanks get underway, but until now, no environmentally friendly gunboat surfaced.

Again, until now, because these days the US Navy completed testing of a yet unnamed camouflage gunboat meant for use in rivers and marshes - Riverine Command Boat class. What sets this boat apart from its sisters is the fact that it uses a blend of algae-based fuel and diesel to run.

The boat is said to be capable of reaching speeds of 40-knots, but that's about all the information available about it so far. According to the Chief of Naval Operations Energy and Environmental Readiness Division Philip Cullom, the test conducted at the Norfolk Naval Base on Thursday consisted of “three high-power runs to attain peak speeds for specific periods of time."

Of course, those who believe the Navy is trying to go green for the sake of the environment are right, but not entirely. According to ibtimes.com, the Navy is burning 300,000 barrels of oil a day, an amount which puts a serious dent in its budget.

"We're not going green just for green's sake. Energy reform and the new energy future aren't about politics or slogans," Navy Secretary Ray Mabus was quoted as saying by ibtimes.com.

We also hear that the Navy is conducting testing of alternative-powered aircraft as well. Earlier this year, an F-18 Hornet flew using camelina-based fuel and gasoline, while in the near future an entire carrier strike group which will use green energy, to be called the Great Green Fleet, will become operational in 2016.